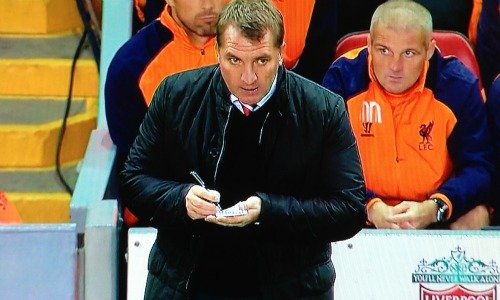 If a magic genie offered me a haul of 17 points for Liverpool’s first 8 matches, there’s no doubt that I – or any other sensible Red – would have snapped up that proposition post-haste. It’s become commonplace to mention the side’s impressive start to the season alongside some phrase about keeping expectations in check, but as time ticks on and we keep accumulating points, it’s becoming time to accept that progress is being made and maybe — just maybe – be happy about it.

No one is about to talk about a title challenge; not just yet. With almost a quarter of the season gone, the Reds are sitting in third place, tied on points with second placed Chelsea who boast a superior goal difference. “There will come a time when we start looking at when we can challenge, but we can’t get carried away” said the boss, who continued “We have stabilized the mentality, there’s a strong culture at the club now, and I think the supporters can see the direction we’re going in.” While some Reds still refuse to acknowledge the impact the Northern Irishman has made, those of us with calculators can’t ignore it.

Rodgers didn’t enjoy the best start to life on Merseyside; by the end of December, the Reds had played 20 matches and accumulated only 28 points to leave them with an average of 1.4 points per game going into the New Year. Almost as troubling were their problems in front of goal; Luis Suarez was finding the net on a regular basis, but the rest of the team wasn’t pulling their weight. A goal differential of 5, with 31 scored and 26 conceded, was a telling tale and something that the boss was keen to address in the winter transfer window.

With the addition of Daniel Sturridge, a hefty weight was lifted off the shoulders of Suarez and the capture of highly rated Brazilian playmaker Coutinho meant Liverpool had a bone fide attacking threat up top – and it began to show. By the end of May the Reds had accumulated 61 points, adding 33 points to their total in 2 less matches, and closed out the season with a vastly different goal differential.

“&since January, I think in terms of points gained, we are in the top three in the country. Hopefully that is an indication that we’re doing well and that the club is in order” said the boss following the 2-2 draw with Newcastle on Saturday and he looks to be right. Liverpool finished last season with an average points per match of 1.60; as I said earlier, they were only gaining 1.40 per match over their first 20 matches, but upped it to 1.83 during their last 18. This season, after 8 matches, we’re taking 2.12 points on average every outing and that has a lot to do with the fact that we’re playing good football again.

The basis of the game is simple – score more than you concede. It sounds elementary to lay it out in such simple terms, but the proof is in the numbers. Over our first 20 matches, our goal differential was 5; after 18 more, it was 28. We found the net 40 times in the New Year and allowed only 17 goals. Although we played 2 less matches during the second half of the campaign, we scored 9 more goals and conceded 9 less to end the season with a total of 71 for and 43 against; a marked improvement from the first half of the season.

“There will come a time when we start looking at when we can challenge, but we can’t get carried away. The club finished eighth the year before I came in, and we finished seventh last year” said the boss, who continued “We have stabilized the mentality, there’s a strong culture at the club now, and I think the supporters can see the direction we’re going in.” Those who can’t, or refuse to, are this season starting to get the drift – even if it is begrudgingly.

After 8 matches, we’re sitting on a 6 goal differential with 13 scored and 7 conceded; although that’s not the best number, our early wins showed something numbers couldn’t calculate: heart. A trio of 1-0 wins over Stoke, Aston Villa and Manchester United saw the Reds make a perfect start to the season and now that Luis Suarez has returned from his 10 match ban, we’ve scored an average of 2.66 goals per match over our last 3 matches. With a number of key players returning to the side – and Coutinho expected back within the next week or two – those numbers are sure to move north. “We’re here to compete. Liverpool is one of the great institutions of the game. We’re never happy when we don’t win, but you have to have a sense of perspective as well” said Rodgers.

Everyone, including the boss and the Skipper, has played down our chances of winning the title and no one – least of all me – blames them; we’re not quite there yet, but the aim remains the same. Champions League qualification is tough, but we’re playing the kind of football that can give us a shot at making it — and that’s a leap forward whether you believe it or not.