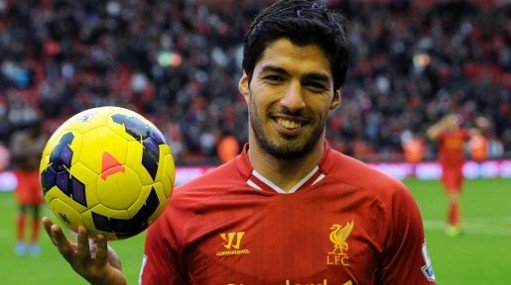 The man from Salto, Uruguay is pure magic; a brace before the break left the Reds in a comfortable position going into the second half and with Suarez heading home a Steven Gerrard free kick to seal his hat-trick, there was only going to be one outcome.

James Morrison pulled one back from the spot before Daniel Sturridge added to the hosts tally with an audacious chip, but both goals amounted to mere afterthoughts — the damage had already been done and Suarez, a player we thought would be gone by the first of September, went home another match ball to add to his growing collection.

When you score 3 goals, you’re pretty much immune from anything resembling criticism; Suarez claimed his first hat-trick at Anfield with three audacious, magical goals to wrack up his 6th goal in a mere 4 appearances.

The Uruguayan took 8 shots total — 5 on target and 3 off target for a half-decent shot accuracy of 63%. It wasn’t only goals though; in typical Suarez fashion he also played creator — or at least attempted to — completing 79% of his passes with an average pass length of 17m. It wasn’t just easy touches though, the striker knows how to play a ball and made 3 key passes to create three chances for his team-mates.

Any other day I might have said that him winning only 36% of his duels was a bit crap, but no one cares about that right now. Our Luis was successful in half of his take-ons, but missed out on his 1 headed duel and gave away 3 fouls; again no one cares. His job is to put the ball in the net and he did that 3 times. If that’s not good enough for you, what is?

“It was a difficult summer for him but it was for everyone” said Liverpool boss Brendan Rodgers when asked about the commitment of the striker post-match. “But we managed it as a club and he managed himself well and he has come out of the other side and he is performing as he does, to a very high level.”

Suarez now has six goals in only four appearances and at this rate, he’s going to give strike-partner Daniel Sturridge some real competition for the Golden boot. “I think it was his first hat-trick here at Anfield and you saw his commitment to the team and what we’re trying to do. It was a wonderful performance” said the Kop boss. There were some serious concerns about West Brom visiting after Steve Clarke’s men did the double over the Reds last season, but the hosts were just too good for the visitors with the Uruguayan striker making use of every available opportunity.

The real acid test for Rodgers side will come next Saturday when Liverpool travel to London for a shot at table topping Arsenal — a club that made a number of bids for Suarez over the summer. The Reds title credentials might not be there just yet, but the Uruguayan’s major qualm with staying on Merseyside was the lack of Champions League Football — and that’s something that could be rectified by May if the club keeps the momentum going.