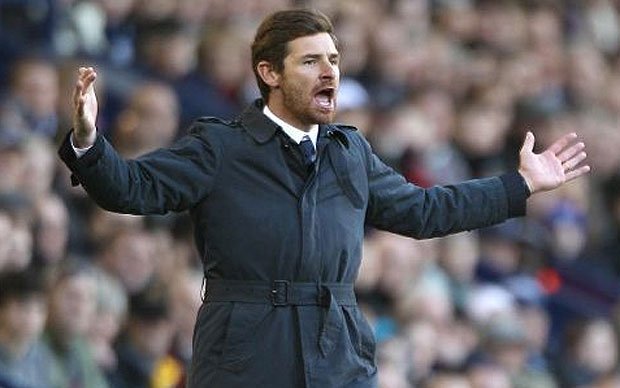 It’s a must win match for both camps and there’s no way the media is going to let you forget that with the hype machine in full swing for this weekend’s festivities. Coming out of the Spurs camp, we’ve got Brazilian Paulinho drumming up that ol’ fighting spirit, midfielder Sandro likening Liverpool’s magician to a Samba legend, AVB calling Liverpool “magnificent” and some chatter ahead of the London side’s meeting with Russian outfit Anzhi Makhachkala in the Europa League later on today.

Spurs certainly did strengthen over the summer; there’s no point getting into the ins and outs of the transfer market and how much they spent compared to how much they brought in – that’s not what this is about. One thing that’s for certain though is that they brought in some exciting names and box-to-box midfielder Paulinho is chief among them. The Brazilian scored as Tottenham fought back to beat Sunderland 2-1 on Saturday and in a recent chat with Spurs TV he rallied the troops for this weekend’s meeting with Liverpool.

“I scored again and I am very happy about getting one more goal. But everybody in the group, my colleagues played very well also” said the 25-year old. “It’s a big game at home and we must think that if we play the same as we did against United, we have a big chance to win at home against Liverpool.” Paulinho was on hand to finish Nacer Chadli’s header across the face of goal to draw his side level before Mousa Dembele’s deflected strike wrapped up the points, but his international colleague Sandro wasn’t singing his teammates praises ahead Liverpool’s visit this weekend: he was talking up Philippe Coutinho instead.

The diminutive Brazilian has garnered praise from all corners of the league since he switched Milan for Merseyside last January and Sandro thinks he plays a lot like a certain Samba legend. “He does the same as Ronaldinho. You think he’s going to do one thing, and he does something completely different. Ronaldinho was the best player, but I think their style is similar” said the Spurs midfielder, who has unenviable task of trying to shut down the magician this weekend. “It will be me or Etienne Capoue who will try to stop Coutinho. If midfielders have freedom they can do something to hurt you. I want to be close to him. And tackle him.” With a number of high profile absentees in the Liverpool line-up, stopping Coutinho – and attempting to contain Luis Suarez — could be the only way to keep Brendan Rodgers side from getting something out of the match.

Tottenham boss Andre Villas-Boas, who believes his side is “back on track” following wins over Fulham and Sunderland, obviously doesn’t want the Reds to get anything on Sunday as a win would see his side go level on points with the visitors. After bringing in so many new players, Spurs have come in for some schtick for their poor start to the season with Villas-Boas even going so far as to call it a conspiracy to unsettle him, but the Portuguese manager is quick to point out that his side are one point better off at this stage of the season than they were last year,. “So straight away we have a comparison there” said Villas-Boas, who continued “After all we have been through, to go level on points with a team that has been so magnificent shows that, in the end, we are not so far off.” I’m not sure if one measly point justifies the amount of money that they splashed out, but they’re about to progress in the Europa League so it’s not all bad around the Lane.

You can argue that Europe’s second most prestigious club competition is more of a hindrance than anything else, but we saw this summer that it counts for something – top players want to showcase their talents against other European sides and the fans want glamour ties. Well, maybe you don’t exactly get that in the Europa League, but it’s better than nothing. Before they face Liverpool this weekend, Spurs have a meeting with Russian side Anzhi Makhachkala in their final group match. Thankfully – for them anyways – it’s at White Hart Lane so the grueling trip to the east won’t be a factor come Sunday.

Tottenham’s effective squad rotation between domestic and European fixtures has paid out for the London side and they’re currently sitting on maximum points in their group having won their previous five matches. Last season Anzhi would have provided a test for their hosts, but after selling off their stars in a much publicized meltdown over the summer, they’re bringing only 20 people total to England – players and staff. A massive injury crisis at the Russian side means they have only one forward available and could see youth team coach Ruslan Agalarov named among the substitutes.

If Spurs, who have both Danny Rose and Christian Eriksen available again after they overcame their respective ankle injuries, don’t beat the Russians at a gallop, then there’s more problems at Tottenham than even the media can conjure up – and that’s a lot.