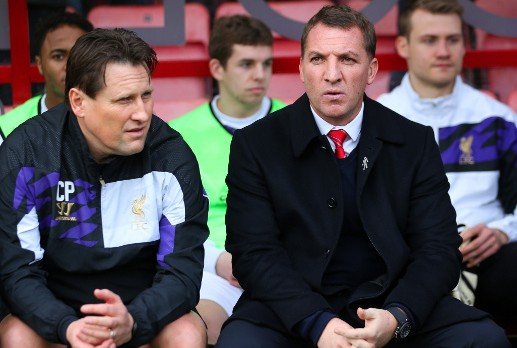 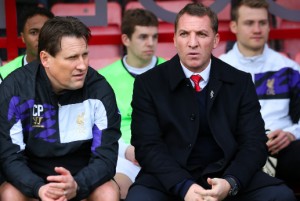 Yesterday’s 2-0 victory over Bournemouth in the FA Cup left many with mixed emotions; while anything but a win for Liverpool would have been unacceptable, the Merseyside Derby on Tuesday comes along with just as much, if not more, priority and a full 90-minutes for a number of first team regulars wasn’t exactly the best way to prepare for it.

“We have a very thin squad, and along with that we’ve got a number of injuries, but the tradition of the FA Cup for Liverpool is huge,” said Rodgers in his post-match press conference. Left with a mere 15 players to train with, he was left with no choice but to field a number of players that would have been better suited to a weekend on the bench. “We want to pay respect to the competition because we want to get to the final and win it if we can” he continued. Understandable, and we might have a shot — if we don’t run out of players first.

With three fresh casualties this week alone, we’re looking threadbare, and the lack of get up and go in the opening exchanges reflected a side that’s in dire need of some fresh blood — or, in the very least, some rotation. Still, the win was not only expected, but accomplished; something Rodgers sees as a show of character.

“We’re improving, not just in our football idea, but in terms of the character in the team” said the Northern Irishman. “I think the mentality to up the tempo in the second half was very important if you consider yourself a good side. We were much better in the second half.”

A goal on either side of the half was just enough to send the Reds through despite the continual onslaught from the hosts. “Bournemouth are a very good side and we give credit to them first of all. They have a great idea when it comes to playing the game. Eddie is similar to myself in terms of his philosophy” mused Rodgers, and the hosts attacking line-up was proof enough of that.

Although they could only put 3 of their 19 shots on net, the Championship side outshot their more illustrious visitors and looked threatening right to the final whistle. “They were excellent, we didn’t work hard enough in the first half, but once we re-organised at half-time we were much better” conceded Rodgers. “I thought the second half was more comfortable than the first. We had some good spells and scored a good goal on the counter-attack.”

With the FA Cup looking like Liverpool’s last real shot at silverware this season, progression is more than welcome — but with the squad as thin as it is, it obviously comes at a price. Hopefully that debt won’t be collected when Everton visit on Tuesday.