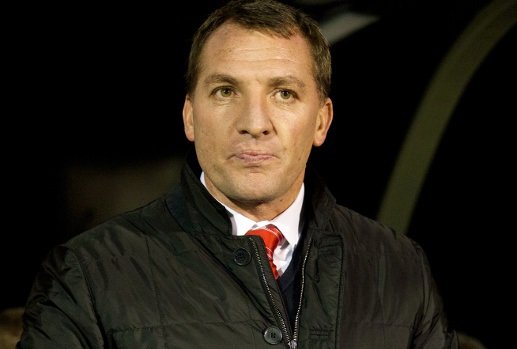 Liverpool’s last gasp win over Fulham at Craven Cottage stands in stark contrast to what we saw against Arsenal at the weekend. At Anfield, the Reds had the match all but wrapped up in the first 20-minutes, battering the visitors with four unanswered goals. That wasn’t quite the case yesterday.

Chasing the match on two separate occasions, Brendan Rodgers side had to dig deep to not only pull themselves back into the match, but to go on and win it. An unfortunate lapse of reason from Cottagers fullback Sascha Riether proved to be the difference in the end, giving Steven Gerrard the chance to step to the spot and seal the points. “We had to show some different qualities tonight; one of them being character” said Rodgers in his post match interview. “It was a wonderful demonstration of the real togetherness of the group. It was very, very pleasing.” I’m sure I’m not the only one who’s pleasantly surprised with the result.

The whole thing reeked of the 1-1 draw with West Bromwich Albion; a Kolo Toure error, a packed defence, chances and possession unable to be capitalized on and a pitch that wasn’t quite Premier League quality – last night had it all. Obliviously, there was one massive difference and that’s three points at the end of a long, hard slog.

“Before they went 2-1 up, we hit the post. We looked like the team that was probing and passing” said Rodgers who was quick to point out the battling qualities of the opposition. “I’ve got great respect for Rene Meulensteen. He’s a good guy, who has come into a very difficult job. The team did him very proud today, like they did at Old Trafford.”

Fulham looked on course to steal another unlikely point until Riether’s untimely – well, for the hosts anyways – foul on Daniel Sturridge sent Reds captain Gerrard to the spot. With Chelsea dropping points to the Baggies on Tuesday and Arsenal playing out a stalemate with Manchester United, talks of a late Liverpool charge for the title has been re-ignited only a week after Rodgers ruled his side out of the title race.

Despite fortune smiling on his cause, the Reds boss continued to swerve talks of his side claiming their first title of the Premier League era. “My concentration, since I’ve been here, has always been on the next game and then getting out on the training field and improving aspects of the team” continued the Northern Irishman. “Tonight you saw the real development of the team in terms of character yet again. You saw young players in pressure situations stay calm and stay focused.”

The assertion that we would have ended up drawing, or even losing, that match last season is a point that needs no contention. Despite the minor tweaks and a few additions, this Liverpool team is a massively different one from the one who finished last campaign in disappointing fashion. “But the response of the players is really what my focus is tonight. I’m certainly sure in the first four or five months after I came in here, we’d have lost that game” conceded the Reds boss. “But we’ve now built a way of working and playing – and not only that, we’ve built a spirit and a camaraderie that sees us fight until the very end. That’s what got us the result.”

Not only the players and the manger, but the supporters now believe that we can topple anyone, do anything. Winning begets winning – ugly or beautiful, against top of the heap or bottom of the barrel opposition, we’ll take it however it comes.