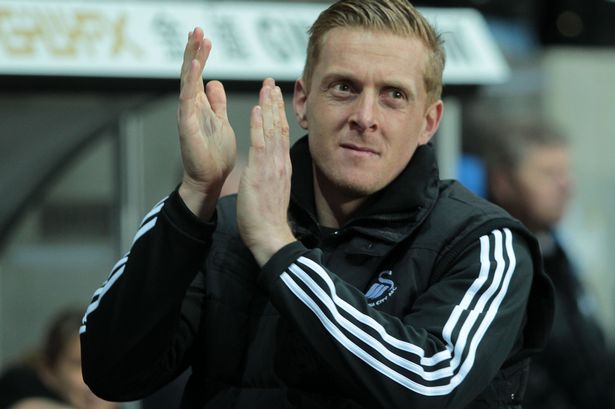 This isn’t a Jacks blog and I’m not here to expound on the reasons that the Dane’s firing is complete nonsense, but it’s hard to ignore in the build up to their trip to Anfield this weekend as more details emerge from the whole sordid affair. In the meantime, Swans fans will likely be more receptive to discussing the well earned draw they snagged last night in the Europa League against Napoli – a match they’ll feel hard done by to have not won.

“We should have had more, but what a performance from us. They are one of the top teams in Europe,” said interim player-manager Garry Monk. “The only disappointment is we didn’t get a goal. We deserved at least a couple of goals.” Napoli, of course managed by former Liverpool boss Rafa Benitez, remain favorites to go through to the last-16 of the Europa League with next week’s encounter in Naples set to be the deciding factor, but the Spaniard, never one to quickly hand out praise, was surprisingly upbeat following the stalemate.

“It is positive to get a draw here. Swansea are fast, they played well and had good chances, but I think defensively my team did a great job against a side that attacked from start to finish” said Rafa, who went on to Monk. “It was a great game and his side did well. If they carry on with similar things, it will give them good confidence and from what I have seen it seems like he has a good future as manager.” He’ll have an even brighter future if he can get his team to finish their chances.

Napoli’s Brazilian goalkeeper Raphael made a number of saves to deny the like of Nathan Dyer, and Angel Rangel, but Ashley Williams and Wilifried Bony both missed glorious chances to break the deadlock when it may have been easier to score. With eight shots on target to the visitor’s solitary effort, Jack’s winger Pablo Hernandez rued his side’s inability to take advantage of their dominance in the wake of the draw. “I think we deserved to win the game,” the Spaniard said. “We had a lot of chances to score, but that’s football sometimes.”

Despite their inability to claim a home goal, the clean sheet is a major positive going into next weekend’s trip to Italy. “The most important thing was the clean sheet, and the fact that Napoli didn’t score. Next week’s game in Naples is now 50-50 for both teams” he continued. “The team is happy, and I think the fans are as well. We perhaps deserved more but it was a good game for us. We played very well, and produced some great football.” Fellow Spaniard Michu may be able to provide that missing spark when the two sides meet next week for the decider, but this weekend’s trip to Anfield is likely to come too soon for the creative attacker.

Although he’s on the mend, Michu isn’t expected to return for this weekend’s trip to Merseyside. After a breakout season in the Premier League last year, the Spaniard has endured a relatively quiet, injury hit campaign with an ankle injury — and resulting surgery — enforcing his absence since the middle of December. The 27-year old was on the mark in the reverse fixture when the two sides ran out an entertaining 2-2 draw back in the fall, but it doesn’t look like he’ll get the chance to add to his goal tally for the season this weekend – not that we’re complaining or anything.