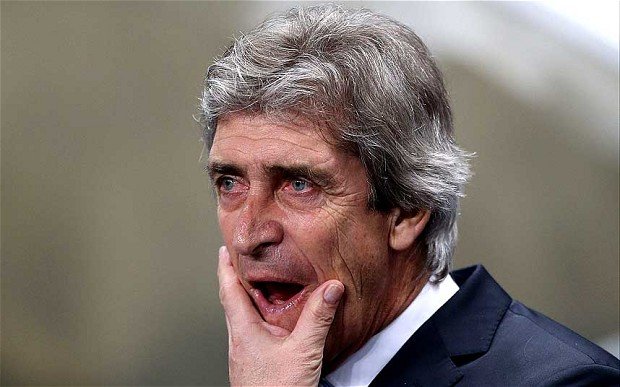 Editorial Feature
April 11, 2014April 12, 2014 Steven McMillan 0 Comments Arsenal, Barcelona, Brendan Rodgers, Chelsea, Daniel Sturridge, Joe Hart, Jose Mourinho, liverpool fc, Luis Suarez, Manchester City, Manuel Pellegrini, Matija Nastasic, Pablo Zabaleta, premier league, race for Premier League title, Sergio Aguero, Steven Gerrard
Sitting top of the Premier League going into Sunday’s clash with Manchester City, you’d be forgiven if you predicted at the beginning of the campaign that the standings would look a touch different come the middle of April; only a soothsayer, or the chronically optimistic, would have predicted that Liverpool would be at the summit.

With Arsenal all but out of the race, the Reds have Manuel Pellegrini’s side and Jose Mourinho’s Chelsea for company at the top — strange bedfellows indeed. With five matches left to go, and the Citizens in hot pursuit, this weekend’s early kick off could play a huge role in deciding where the title goes, though the Manchester City boss is refusing to buy into the media hype and rule it the title decider.

“It’s a very big game, but I do not think it will choose the title. Every game is a big game now until the end of the season” said the Chilean in the buildup to Sunday’s trip to Merseyside. “Liverpool have had a great season, so this is an important game. It’s a very big game, it’s the team who are at the top of the table.” Although a number of pundits and punters alike had tipped City to run away with the title at the beginning of the season, they haven’t been quite as dominant as predicted.

The Blue half of Manchester missed out on a chance to steal a march on Brendan Rodgers side when they drew 1-1 with fellow title rivals Arsenal. Liverpool, on the other hand, just keeps on winning with nine victories on the hop swelling both their point and goal tallies. Victory on Sunday would pull Pellegrini’s side within a point of the leaders with two very important matches in hand. Still, Pellegrini refuses to announce an end to the race. “Of course the team that wins this game has more of a chance to win the title” he continued. “But if you think that this is the finish of the Premier League, I think it is a mistake.”

The 60-year old, who has no doubt spent his week studying the Reds, has no fresh injury concerns ahead of this weekend’s showdown and, in a roundabout way, confirmed that Argentine hit-man Sergio Aguero would be available again. “All the squad is okay, except Matija Nastasic” he said dryly in his pre-match press conference. Fullback Pablo Zabaleta, on the other hand, was a bit more animated when asked about the return of the man they call Kun. “It is great for any team to have the best players back again,” he enthused. “He is an important player, he is going to score goals. He is fast, he is quick. Sometimes we need players like Sergio.”

Whether or not Aguero will return directly to the starting line-up remains to be seen. After pulling up with a hamstring injury in City’s Champions League Semi-Final loss to Barcelona, the Argentine has missed the last five matches while recovering for the crucial run in to the end of the season. Although he may not be thrown into the fray right from the start, one man that we’re almost certain to see is Joe Hart – the man tasked with keeping not only Luis Suarez and Daniel Sturridge, but the whole of Liverpool’s free scoring side at bay.

“It’s very tough at Liverpool – they’re a great side. It’s going to be tough but we go into the game well prepared. We know we can go there and get a result” said the City number one. “It’ll be a great game, a lot of fun.” Hart, who backstopped City to their first ever Premier League title, still relishes the memory of the last gasp winner that secured them their greatest honour to date, but he admitted that there’s no chance for them to look back – only forward. “That makes you hungry, really hungry,” said Hart when asked about the opportunity to secure their second title in three years and relive the glory of being Champions all over again. The Reds will obviously make that feat easier said than done – Hart may have rumblies in his tumblies, but Steven Gerrard is absolutely famished.