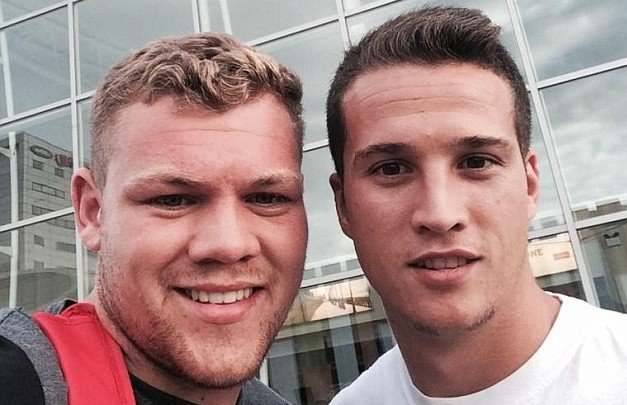 It’s all media conjecture until someone snaps a picture at the Liverpool airport and then posts it on Twitter — and that’s exactly what we have right here with a shot of Reds target Javier Manquillo and a random fan.

The 20-year old is set to complete a loan move from Spanish side Atletico Madrid that’s now rumoured to be for two years instead of the customary one. The Reds have also been given the chance to make the move for the promising fullback permanent for a fee somewhere in the region of £5mil should he impress during his time in England. Now that sounds like a solid bit of business from the Liverpool transfer committee.

After shipping a unfounded 50-goals last season as the Anfield outfit finished runners-up to eventual champions Manchester City, Reds boss Brendan Rodgers has been tasked with sorting out the defence ahead of a busy — and very important — season. Liverpool are both returning to the Champions League for the first time since 2009 and rebuilding following the sale of Luis Suarez to Barcelona. While they’re likely to miss the 31-goals the Uruguayan goal machine scored last term, conceding far less would be just as nice.

Rodgers has already secured the services of Dejan Lovren from Southampton, making Manquillo their second defensive acquisition of a very business transfer window. Now, lets wait and see if any pictures of Alberto Moreno at the Liverpool airport pop up…