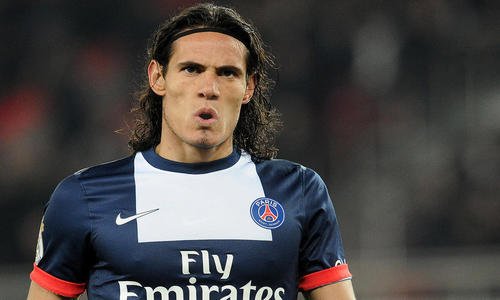 The transfer window is really starting to go topsy-turvy for Liverpool; if tentative links to the likes of Radamel Falcao and Ezequiel Lavezzi weren’t enough, the agent of Paris St. Germain striker Edinson Cavani flat out said that both the Reds and Premier League rivals Arsenal are in for the 27-year old.

Unlike Falcao, the Uruguayan didn’t disappoint after completing a big money move from Napoli to the French billionaires last summer. A very respectable return of 16-goals in 30-appearances saw Cavani remain one of the deadliest strikers in Europe. Although he says he’s happy in Ligue One, it’s believed that he’s able to leave for the right fee as PSG look to balance the books — and, according to his agent, the Reds have an interest in helping the French outfit do just that.

“There was much interest in the player during the past six months. I can confirm that Cavani has heard proposals from Liverpool and Arsenal,” Claudio Annelluci told Uruguayan media outlet El Telegrafo. “He would love to play in England, but has not yet made a final decision. He is not interested in money and fame, he just wants to be happy playing football.”

Following the departure of Luis Suarez to Barcelona, the Reds are known to be in the market for a striker and have the cash on hand for a bid possibly big enough to prize the Uruguayan away from PSG — the real question is, do they want to? Considering his age and the massive wages that would be required to tie him down, a serious move doesn’t sound all too plausible.