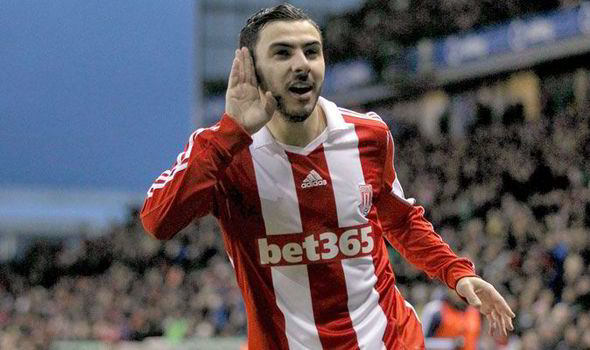 It’s looked like Liverpool winger Oussama Assaidi has been ready to move to Stoke City on more than one occasion, but once again it’s all gone quiet on that front with the 25-year old remaining in transfer purgatory.

The Potters made no secret of their desire to make his season long loan permanent after a handful of high profile goals endeared him to the Stoke faithful. The Reds high valuation of the player and injury concerns bogged down the early talks, but after agreeing to an initial fee of £4.5mil with a number of performance and appearance based add-ons, the train looked to be rolling along smoothly until the player’s high wage demands threw yet another spanner in the works.

Despite the lack of movement on the deal, Potters boss Mark Hughes remains hopeful that a deal can be done before the transfer deadline. “It’s common knowledge that Ozzie is somebody that we would like to bring into the Club, but at the moment that deal has gone cold,” he explained to the club’s official website. “He is one that we have chased for a while now but there hasn’t been any real movement on that front, so we will just have to wait and see what the situation is with regards to that deal.”

Stoke City have been busy in the transfer market with the signing of Barcelona striker Bojan Krkic a particularly astute move, but the former Manchester City manager is still looking to bring players in to the club. “We would like to bring one more player into the Club, but he has got to be of the right quality because as we saw tonight, we have a squad of players with real strength in depth” he continued. “There are plenty of options available to me and I am really pleased with the business we have been able to conclude so far. We are in a really good place at this moment in time.”