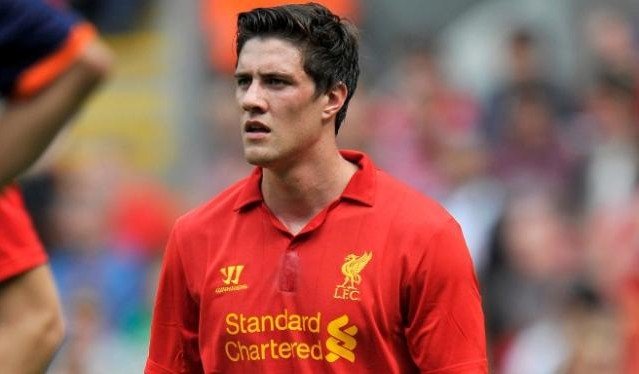 With Liverpool set to welcome Sevilla fullback Alberto Moreno into their ranks by the end of the week, it looks like Martin Kelly will be making way for the talented Spaniard with the defender set to complete a move to Premier League rivals Crystal Palace.

The injury hit academy graduate has had a hard time the last couple of years with long spells on the sidelines disrupting what looked to be some seriously budding potential. Eagles boss Tony Pulis has identified the 24-year old as the perfect addition to his back-line and rumour has it that a bid of £1.5mil has been agreed between the two sides with the Liverpool born and bred defender set to complete a medical in London in the coming days.

Despite fighting his way back to fitness, Kelly failed to make a single start last season with both Glen Johnson and Jon Flanagan preferred to the 24-year old. Although he played a key role in Liverpool’s pre-season tour of America, he now looks set to leave the club with Reds boss Brendan Rodgers securing Atletico Madrid fullback Javier Manquillo on a two year loan with an option to buy.

Earlier in the summer he spoke of the difficulty he’s had overcoming his various injuries and finding his way back into the Reds squad. “The last few months have been difficult,” the 24-year-old told the official website. “It was about being able to understand that you can’t play in games when we’re playing one game a week. But it’s definitely strengthened my character. I’ve just kept my head down and I’ve been trying to do extra work after training and in the gym.”

More on this as the deal in finalized.