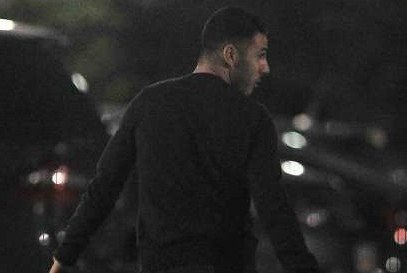 A summer long saga is about to reach its end as Liverpool winger Oussama Assaidi arrives at Stoke City’s Clayton Wood training ground ahead of completing a medical with the Potters.

“We didn’t expect to be doing anything but Peter Odemwingie got injured and Mark wanted someone to fill that position,” said Stoke City chairman Peter Coates. “Oussama was with us last season and we liked him very much.”

The Moroccan international is set for a second year on loan with Mark Hughes side after failing to agree to personal terms over a permanent transfer. It’s believed that the players wage demands — looking to double his £25,000 per week salary with the Reds — lead to the deals initial collapse, but both parties have since softened their stance a little with Stoke City set to pay a £1mil loan fee as well as his current wages for the entirety of the campaign. At this time there’s still no word on whether this latest agreement will include a view to a permanent transfer at the end of the year for a pre-determined price.

The Potters were left scrambling for attacking reinforcements with news coming through earlier in the day that Peter Odemwingie will miss the remainder of the season after suffering cruciate knee ligament damage during the 1-0 victory over Manchester City at the weekend. Although Tottenham Hotspur outcast Aaron Lennon looked to be a serious contender for large swathes of the day, that looks to be all but over with Assaidi set to sew up his second spell at the Britannia Stadium before the window closes.