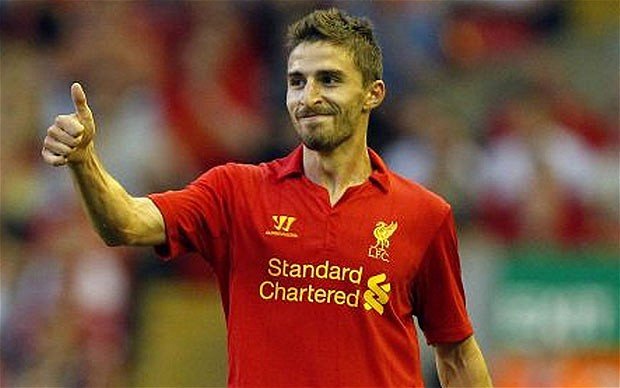 Although Liverpool striker Fabio Borini has continually insisted that he wants to stay at Liverpool at fight for his place in the squad, he’s been just as continually linked with a move away from Anfield with not only a number of Premier League and Serie A clubs interested in his services, but the Reds interested in off-loading those same services.

While the odds at casinoservice.org look far more attractive than those being offered on Borini still being on Merseyside following the January transfer window, Inter Milan director Piero Ausilio has taken a shot at the Anfield outfit for overpricing the 23-year old. The player’s agent confirmed earlier in the month that the Reds will not be entertaining loan offers for the Italian striker which means a permanent move could be on the cards — if his price is lowered, that is.

“I like Borini, but Liverpool want too much for him,” complained the Inter Milan director when asked about a January move for the hit-man. “We made an approach in the summer, but then we signed Pablo Daniel Osvaldo who was coach Walter Mazzarri’s first choice.”

The 23-year old turned down moves to Premier League sides Sunderland and Queens Park Rangers during the summer with wages widely reported to be the sticking point in contract negotiations despite the sides agreeing to a fee with the Reds. The failed sale of Fredy Guarin to Valencia prevented Inter from throwing their hat in the ring on transfer deadline day, but it’s been widely reported that the Milanese outfit will be back for Borini during the winter.