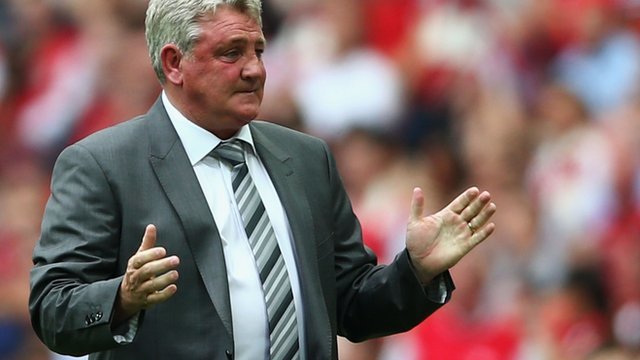 While much of Liverpool’s pre-match press is sure to be dominated with their post-match hangover following yesterday’s loss to reigning European champions Real Madrid, Hull City go into Saturday’s meeting on a decidedly different narrative.

Last weekend’s draw with Arsenal at the Emirates Stadium came as a bit of a shock — and not so much that they got out of London with a point to their names. Not only did they lead for much of the match, but the Tigers also quite easily absorbed whatever pressure their hosts were able to muster; to be fair, it comes as a surprise that they weren’t three points better off by the time they rolled out of the capital.

“I am really pleased with the progress we have made. It is quite remarkable for a couple of years. For goodness sake, we are disappointed we didn’t win at the Emirates. I wouldn’t have thought that was possible two years ago” said Hull City boss Steve Bruce following the match. “No disrespect (to the Hull squad then) but the squad we’ve got now is unbelievably good. From the outside people can see we’re progressing very well and it is important that we keep progressing because every other team does. We have set ourselves some really high standards.”

While their league position, for the moment anyway, doesn’t really reflect that, Hull City remain a tough nut to crack. The impressive additions to their side over the summer have only served to bolster an already defensively solid outfit, and with the likes of Abel Hernandez now a part of their strike-force, Bruce has added the cutting edge up front that they were lacking so many times last year.

“Hull City is a very good club and I am proud to be a part of it. It is a very happy group and we have a very good manager and coaching staff. We’ve had some good results so far, but we know it could have been better” said the Uruguayan when asked about his time at the KC Stadium thus far. “Scoring against Arsenal at the Emirates last weekend was quite an emotional moment because it isn’t easy for teams to get goals at grounds like that, but my two goals in front of our own fans at the KC Stadium were very special to me.”

Watching last weekends meeting against Arsenal it’s apparent that Hull City is a team in the realest sense of the term rather than a collection of players that are masquerading as one. It’s obvious from the get-go that there’s no room for selfishness in Bruce’s squad and that everyone sacrifices for the good of the group — something that on-loan Newcastle winger Hatem Ben Arfa likely found out as soon as he walked in the door.

“In the past, I only thought about myself. I thought I was alone in the world. I am very fragile, too fragile” he said when asked about his career and falling out of favour under Magpies boss Alan Pardew before moving on to his future. “Being a free agent next summer? It is huge pressure. I have used up all my credits. It is like playing Mario – I have one life remaining, I have to take care, but I will take on the challenge.”

That challenge is going to prove fruitless unless he starts turning in some decent performances, but he could get a shot on Saturday when Hull City travel to Anfield with some problems up top after news that Nikica Jelavic has been ruled out for up to six weeks with an injury sustained while warming up for the meeting with Arsenal. I have a feeling that if he does feature, it won’t be too much like playing Mario at all — he might play against one, but that’s about where the similarities end…