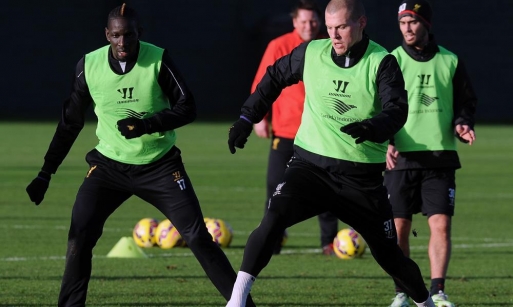 The league table certainly makes for strange reading going into tomorrow’s trip to Turf Moor. Where the Reds were top of the heap last Christmas, they’re now at the lowest they’ve ever been going into the festive fixtures since the inaugural season of the Premier League.

If that’s not bad enough, with only 22-points to their name, history is very much against them. Retaining a place in the Champions League spots come May would have been the minimum requirement laid out at the start of the campaign, but no side with our current point tally at this point in the season has ever finished higher than sixth when their all tallied up — a fact that won’t be lost on anyone in the Reds hierarchy.

To be fair though, Burnley would only be too happy to have our problems. The Clarets were tipped to be mired in a relegation scrap on their return to the Premier League and that’s exactly how it’s panned out with Sean Dyche’s side only five points off of the very bottom of the table.

Much like Liverpool, the Lancashire club have had problems at both ends of the park. When Danny Ings is fit they look that much better, but the 22-year old has had a spotty season on the injury front, spending just as much time on the treatment table as off of it. The Reds much publicized problems at the back will give the striker heart though and he and partner Ashley Barnes will be looking to get back among the goals, all the while hoping that their own defense doesn’t let them down.

Their -14 goal difference — joint worst in the league — makes for dismal reading, but Brendan Rodgers side just haven’t been banging in the goals like they used to. The departure of Luis Suarez for Barcelona in the summer and the injury problems that have plagued Daniel Sturridge since the end of August have taken the bite out of their attack, and as much as I hate to continually refer to last season, the mere fact we’ve scored only half of the goals in as many games is telling in itself.

Thankfully though, things are improving. The Northern Irishman’s shift to the 3-4-3 formation has seen his side start to create chances quality chances again and Raheem Sterling’s new found central role has the youngster looking like his old, dangerous self. The 20-year old is expected to retain his place in the starting eleven, though he could have a partner up top with Mario Balotelli expected to play some part after serving out his one match suspension in last weekend’s draw with Arsenal. The two of them looked lively together during the second half at Old Trafford two weeks ago, and if they can find their groove again, they could have Michael Keane and Jason Shackell chasing shadows.

Maybe a return to the free-scoring Liverpool of not so long ago is a bit too much to hope for, but leaving Turf Moor with a win isn’t. In the grand scheme of things, it might still be a little early to be talking about the end of the season and point tallies, but the fact remains that if the Reds are going to finish above what everyone is now expecting of them, we’ll have to start taking advantage of our chances. These are the type of matches that have to be won — bar none.