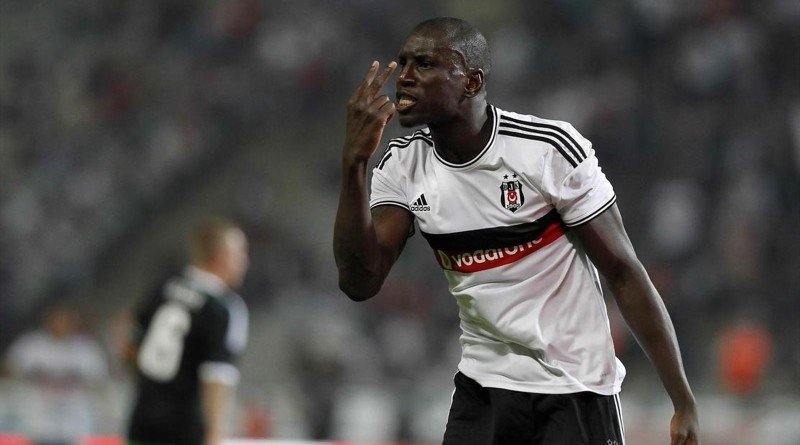 After sitting out the loss to Eskisehirspor at the weekend, Besiktas team doctor Ertugrul Karanlik told the Black Eagles official website that striker Demba Ba should be fit enough to face Liverpool in the second leg of the Europa League Round of 32 match on Thursday.

The Reds are carrying a slim lead into the trip to Turkey with Mario Balotelli bagging the decisive penalty late in the match at Anfield. The stakes in Europe’s second club competition have been raised significantly this year with UEFA handing out automatic qualification for next season’s Champions League to the victor. With 22-goals in all competitions for Besiktas this season, the absence of Ba in the second leg would be a huge drawback for the Turkish side, but Karanlik is hopeful the Senegalese striker will be back in training later this week.

“Demba Ba did not pick up an injury yesterday, unfortunately he played with an injury against Liverpool in the first leg,” he explained to the club’s official website when concerns emerged regarding his fitness. “He has a problem in his calf and that is why we rested him against Eskisehirspor, hopefully he will return to training on Wednesday and be ready for the game against Liverpool.”

Slaven Bilic’s side have an excellent record against English teams in this competition having already dispatched of Tottenham Hotspur in the Group Stage, but the Croatian manager could find this task problematic should he be handed yet another injury to contend with. Goalkeeper Tolga Zengin was ruled out for a month heading into the meeting at Anfield and is certain to miss the return leg in Istanbul. Losing one first team player is a nuisance, but losing two could very well be catastrophic.