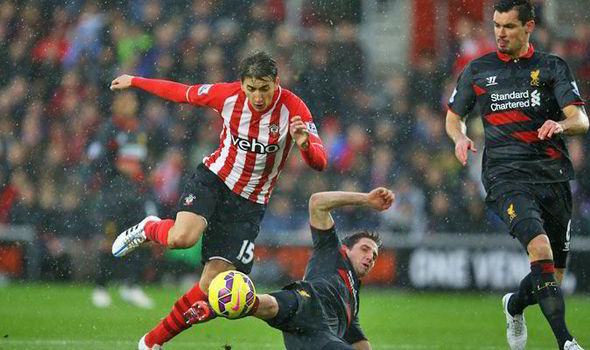 Yesterday’s win over Southampton may have propelled Liverpool up the table and saw them keep up their sustained pressure on the other sides chasing Champions League qualification, but the 2-0 win was marred by controversy with referee Kevin Friend ignoring a number of penalty shouts from the home side.

Incidents involving Emre Can, Simon Mignolet and Dejan Lovren could have easily been argued either way, but when Joe Allen tripped up Saint’s attacker Filip Djuricic not long after Philippe Coutinho opened the scoring, the Welshman looked certain to have handed the hosts a shot from the spot only to have the ref wave away the resulting appeals — much to the relief of the Welshman.

“If I am being honest I didn’t get contact on the ball, which was disappointing because I felt I could get it but missed it,” said the midfielder when asked about the incident. “I didn’t really take him down either so it is one of them where my heart was in my mouth a little bit but at the same time I can see why it wasn’t given.” Raheem Sterling went on to seal the victory with a second half strike following a poor clearance from Matt Targett, but the match could have taken a vastly different turn had the officials adjudged Allen to be in the wrong. While the ref came in for a torrent of criticism following the match, Reds boss Brendan Rodgers didn’t see anything wrong with the officiating.

“I can see where there was a claim with the one with Joe [Allen] doesn’t get contact with the ball. Maybe the referee sees the player leaning on Joe Allen and knock him over before he made contact… Sometimes you get them and sometimes you don’t” said the Northern Irishman after the final whistle. “I thought the referee was excellent, obviously with the pressure he was under from from the crowd and they were 1-0 down. It makes them big decisions. I thought in the main he got them right… Overall I thought he was very good.”