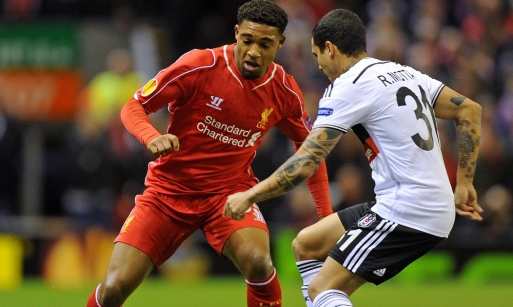 Liverpool will be returning to the Far East and Australia this summer as part of their pre-season preparations with matches planned in Brisbane, Adelaide and Kuala Lumpur — perfect opportunities, according to Reds winger Jordon Ibe, to stake a claim for a first team spot.

“It’s really important to get into the gaffer’s mind of who could be in the starting 11 for the first Premier League game, and just do well and keep your fitness up,” explained the 19-year old when asked about the clubs pre-season plans. “I’m looking forward to it a lot. We went to Asia two years ago and it should be good to see the amazing fans. In America and Asia I’ve seen so many fans. I’ve experienced a lot being on tour with the first team, I enjoy it.”

Ibe, who was recalled in January from a successful loan spell at Championship side Derby County, is reportedly on the verge of signing a new long-term deal with the Anfield outfit that would see him stay at the club until at least 2020 alongside more experienced duo Martin Skrtel and heir apparent to the captain’s armband Jordan Henderson who are also ready to put pen to paper. With the managers faith squarely in his corner, the youngster will be hoping for more not only more opportunities in the starting eleven, but more chances to impress Kopites around the world as well.

“When we got off the plane last time in Asia, I saw so many fans at the airport. We couldn’t even get on the bus to drive us to the hotel. I’m imagining it will be crazy again,” he continued. “It’s very important because we don’t really go to that side of the world a lot, so when we get the time to go and see fans and sign some autographs. It’s great for us and great for them to watch us play.”