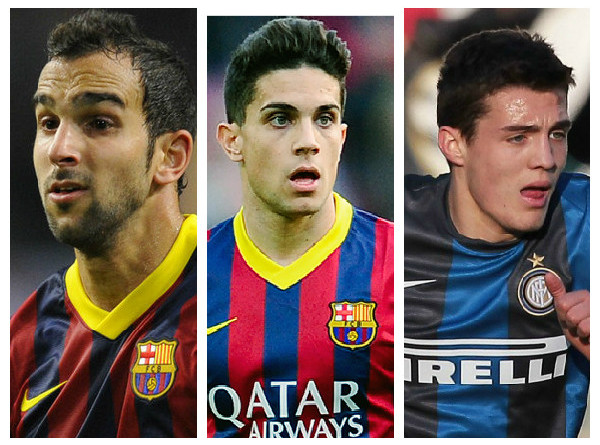 Champions League winners Barcelona may currently be under a transfer ban as a result of some shady dealings, but that hasn’t kept the Catalan giants out of the rumour mill with a number of promising youngsters looking likely to leave the Camp Nou this summer.

Liverpool, who have been perennially linked with Barca fullback Martin Montoya, are rumoured to be ready to resume their interest in the 24-year old if their move for Southampton defender Nathaniel Clyne, which has already seen a £10mil bid rebuffed by the South Coast side — hits the skids again. While their advances were rebuffed in the past, the future looks to be a whole new ball-game with Barcelona international sporting director Ariedo Braida confirming they’ll listen to offers for his services.

“In the coming days we are going to have a meeting with the agent of the player in order to make a decision,” he told fcinternews.it. “The possibility of him leaving is concrete.” Now, if that doesn’t perk up the collective ears of the Reds hierarchy, not much will, but Braida also had some bad news to deliver, confirming that Liverpool linked central defender Marc Bartra won’t be following Montoya towards the exit. “We have no intention of transferring him, therefore, I consider him to be a player who is unavailable,” was his blunt reply when asked about the 24-year old by Spanish daily newspaper AS.

Although the La Liga outfit are unable to anyone in until January, that hasn’t stopped whispers of back room negotiations and players holding out for a move to Catalonia. While there’s no question that Barcelona are keeping their eyes peeled for emerging talent, Inter Milan play-maker Mateo Kovacic, who has been heavily linked with a move to Anfield, apparently hasn’t made their list. “Kovacic is not in our plans,” Braida told Catalan media outlet Sport. “We can’t sign any other player until January and we already have Aleix Vidal.”