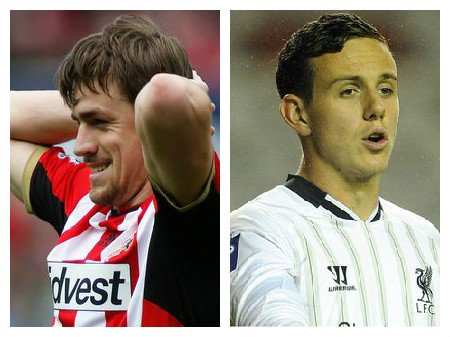 While Liverpool work out the kinks with Southampton over Nathaniel Clyne and wait for Aston Villa’s response over their new bid for want-away striker Christian Benteke, they’ve been doing some work on the other end of the spectrum as well with defender Sebastian Coates set to make his loan move to Sunderland permanent and sending ‘keeper Danny Ward out to gain some experience with Scottish side Aberdeen.

Following Uruguay’s acrimonious elimination from the Copa America and the hands of hosts Chile earlier in the week, Coates is expected to finalize his move to the Stadium of Light within the next few days in a deal worth a reported to be in the region of £4mil.

Despite having his season once again hampered by injuries, the 24-year old was given a run in the side by new Black Cats boss Dick Advocaat with the Dutchman keen to retain his services. Arriving on Merseyside with such expectation attached to him after being named Young Player of the Tournament as La Celeste romped to the Copa America success last time out, Coates ended up making only 24-appearances for the Reds during a less than impressive run at Anfield.

While the Uruguayan is saying goodbye, Welsh shot-stopper Danny Ward is only saying see you later with a season long loan to Aberdeen confirmed yesterday afternoon. “I am delighted to get Danny on board,” manager Derek McInnes told the Dons official website. “He is a young goalkeeper we have been aware of for some time. We are thankful to Liverpool and [manager] Brendan [Rodgers] in particular for allowing this to happen. He is someone who is highly regarded at his club and they see the importance of getting him out on loan. Danny now has the task and challenge of playing football at a good level with us.”