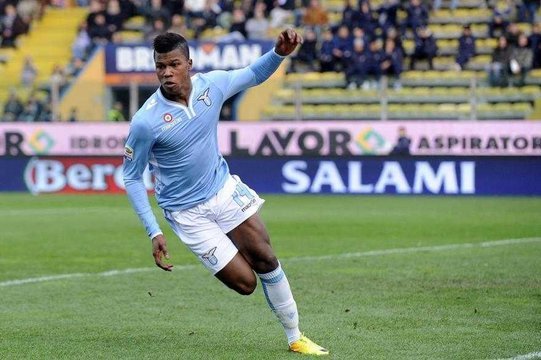 While it’s unlikely that Liverpool will be adding another striker to their already plentiful ranks before the transfer window closes, reports in Italy have long running transfer target Keita Balde Diao set to leave Serie A side Lazio after an apparent bust-up with president Claudio Lotito.

The former Barcelona youth product, who has been in sparkling form throughout the Biancocelesti’s pre-season program, sat out their Italian Super Cup defeat to Juventus on Saturday and was spotted making a scene following the final whistle, reacting angrily to being left on the sidelines after warming-up and shouting at the bench.

Although they’ve ye to make anything resembling an official approach, Lazio are thought to be interested in bringing Mario Balotelli back to Italy, but only if they’re able to secure progression to the Group Stages of the Champions League. While they’re likely to struggle with the wage demands of the 24-year old a bit out of their reach, Keita, if he is looking to leave, could very well be used as a make-weight in negotiations with the Romans valuing him at around €15mil.

While that sounds like a real nice story, Liverpool will likely be more interested in getting rid of forwards rather than bringing them in. It doesn’t look like Serie A outfit Fiorentina’s interest in want-away hit-man Fabio Borini has progressed any further with the 24-year old still on the Reds books following their narrow win over Stoke City on the weekend. Various media reports have the Anfield outfit pressuring the Italian to complete his move to the Stadio Artemio Franchi within the next 48-hours, but there doesn’t seem to be any basis whatsoever to the reported timeline.