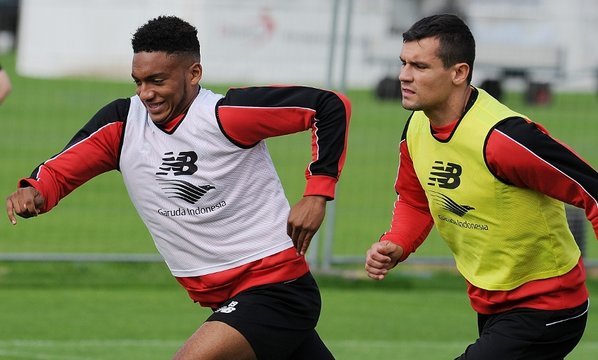 On the back of their narrow win over Stoke City in their opening match of the campaign, Liverpool will play host to Premier League newcomers AFC Bournemouth in what will be the first top-flight meeting between these two teams. The Reds have maintained an impressive record in their six cup encounters with the Cherries yet to put one over on the Anfield outfit.

That, of course, could all change come Monday night. Neither side impressed during their first outing of the season, though you could argue quite successfully that while Bournemouth created more opportunities and had more shots as they lost out to Aston Villa on their maiden voyage in the big-league, it’s the points that always matter and Liverpool got those when Philippe Coutinho’s late, long distance strike curled past Potters ‘keeper Jack Butland to send the travelling Kop into a frenzy.

With the nerves of travelling to the Britannia Stadium — a ground they suffered their worst loss in over 50-years on during the final match of last season — now behind them, Liverpool are expected to put in a far more impressive, attacking display against their newly promoted visitors, but Bournemouth will be expecting to do just the same with the host of chances that went begging against Villa teaching them quite quickly that if you don’t take your opportunities when they come, the other team will.

Cherries boss Eddie Howe said that everyone will get of shot of running out at Anfield, so we could see on loan Chelsea man Christian Atsu and midfielder Shaun MacDonald play some part as they go looking for their first win of a still fledgling campaign. The same goes for their other new signings in winger Max Gradel, as well as defenders Tyrone Mings and Sylvain Distin — a player who spent six years with Liverpool’s cross-town rivals Everton. Howe’s only real concern on the injury front comes in the form of midfielder Harry Arter who missed the meeting with the Villains with a groin injury that the 25-year old may not recover from before Monday.

Joe Allen remains the only notable absentee on the other side of the park besides long-term injury cases Daniel Sturridge and Jon Flanagan with the Welshman out for the next month with a hamstring problem. There were some notable absentees against Stoke City as the likes of Lucas, Alberto Moreno and Mamadou Sakho missed out, but they were given a run out in a behind closed doors friendly with Welsh side TNS as boss Brendan Rodgers looked to boost the fitness of a number of players — including new boy Roberto Firmino who bagged himself a hat-trick as the Reds romped to victory behind closed doors.

Despite his stellar display, the Northern Irishman is expected to stay the course with the Brazilian on the bench and fellow new arrival Christian Benteke, who is set to make his Anfield bow, leading the line. James Milner is almost certain to keep his place alongside skipper Jordan Henderson in the middle of the part, and though we may see a slight tweak or two from the side that beat the Potters, Martin Skrtel and Dejan Lovren are expected to continue in the heart of the defence, flanked by youngster Joe Gomez and ex-Southampton man Nathaniel Clyne on either side.

Liverpool looked vulnerable down the left flank against Villa with the inexperience of Gomez and the uncertainty of Lovren leading to some nervy moments — something Bournemouth will no doubt try to exploit. There may be a massive difference between the Championship and the top-flight, but one could argue that the Cherries won promotion on the back of their stellar form on the road, winning 13-matches and amassing an astounding 44-points during their travels last season.

While that’s quite the impressive stat, it’s not likely to faze the Reds one bit as they look to win their opening two matches of the season for only the fifth time in the Premier League era. We saw time and again last year that there’s no such thing as an easy match or a sure there, but with that being said, the Anfield outfit will want to pick up all three points against the Cherries as trips to Arsenal and Manchester United sandwich a home match-up against West Ham United just over the horizon. Sure, there are no easy matches, but some certainly should be easier than others…