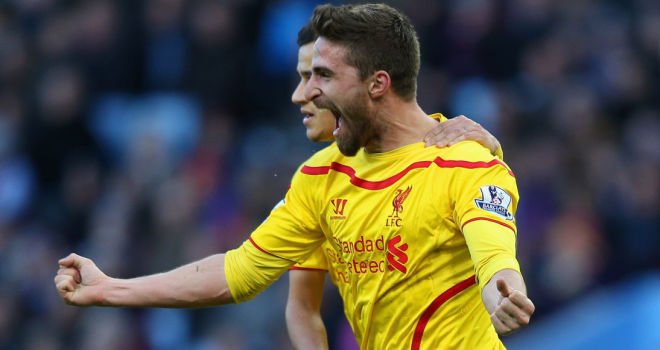 Although Serie A side Fiorentina are still considering want-away Liverpool striker Fabio Borini as a serious option in their search for a new striker, interest has been heating up in the Italian hit-man with domestic rivals Lazio and Premier League outfit Sunderland also eyeing up the 24-year old.

Following last seasons 6-1 thrashing, the Reds narrow win over Stoke City on Sunday was a headline-making victory that was well documented on news sites like Coral, but for Borini, it was just another reminder that the Italian’s time on Merseyside is up. Segregated from the first team along with fellow misfits Mario Balotelli and Jose Enrique, it’s pretty obvious that if he wants to play football this year, he’s going to have to move on to do it.

The Reds are looking to recoup at least £8mil of the £10.5mil they paid to AS Roma for his services three years ago, but the Biancocelesti are reportedly playing the waiting game as they believe his asking price will drop as transfer deadline day draws closer. This looks like a dangerous gambit though with Sunderland, a side that the 24-year old spent his most successful Premier League campaign with when he was on loan at the Stadium of Light two seasons ago, looking to bring him back to Wearside — something that captain John O’Shea believes will help his stalled career.

“I know the type of character (Borini) is – and obviously you saw it yourself on the pitch, how he plays – he is so positive, so in Fabio’s mind, he was going back to Liverpool to play, to break in,” he said when asked about the Italian’s decision to reject both Sunderland and Queens Park Rangers last summer to fight for his place at Anfield. “Obviously it didn’t go to plan for him, so now he’s got another step in his career to make.”