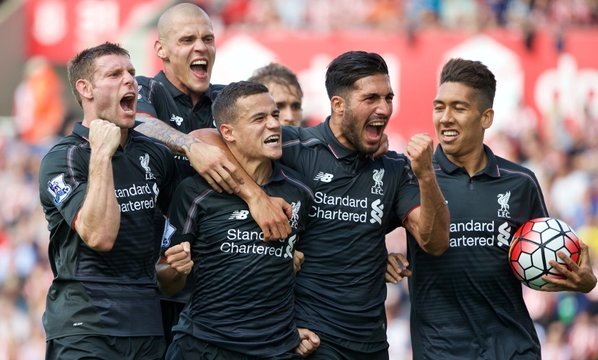 It came as a bit of a shock when Brazil boss Dunga left Liverpool attacker Philippe Coutinho out of the Selecao squad for their upcoming friendlies with Costa Rica and the United States, but on the back of injuries to Chelsea pair Oscar and Ramires, the 23-year old has earned himself a recall alongside Barcelona star Rafinha.

“It seemed from last season that he was going to be one of the flagship players for the new dawn of Brazilian football,” said Liverpool boss Brendan Rodgers when the news that Coutinho was dropped by his country initially broke. “It’s hard to understand, to be honest. He’s a young player who made the team of the season in the most competitive league in the world. How he cannot be in the squad is incredible, really,” he continued. “I’ve spoke to him at length on it and of course he’s disappointed. But straight away, his focus was on Liverpool. That was his thought: to continue to work.”

That, of course, is all different now and with a trip to Old Trafford looming a mere four days after Brazil square off with the USA on their home turf, Rodgers may be feeling a little hot around the collar. Coutinho has been head and shoulders above the rest of the Reds — including new boy and compatriot Roberto Firmino — this season, with impressive performances against both Stoke City and Arsenal earning him some much deserved plaudits. While the ex-Hoffenheim man is likely to make an appearance after being selected the first time around, there is a possibility that his team-mate is just there to make up the numbers with Dunga not sounding all too impressed with the 23-year old.

“We gave him a chance in Copa America,” said the Brazil legend after announcing his squad, opting for veteran midfielder Kaka in place of Coutinho. “You can’t build with just youngsters,” he continued, obviously trying to justify his position before continuing, “You need experience to help.”