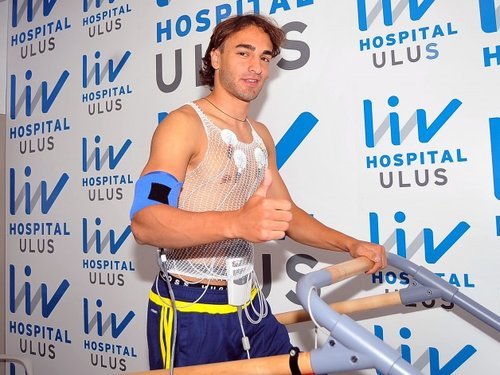 Liverpool winger Lazar Markovic’s proposed season long loan to Turkish side Fenerbache edged a little closer today with the Serbian completing a medical with the Super Lig outfit according to Sky Sports News with the deal expected to be confirmed within the next 48-hours.

Scoring only three goals in 23-appearances for the Reds last season, the Serbian attacker has been on the fringes of the squad and is yet to make an appearance for Brendan Rodgers side since the new campaign kicked off in earnest. Believing that the 21-year old, who the Merseysiders splashed out £20mil to take him off the hands of Portuguese giants Benfica last summer, still has a future in England, it’s believed that no clause allowing Fenerbache to make the move permanent next summer will be included in the deal.

While it’s quite likely that the Premier League’s new rules regarding home grown players played a part in the decision to send him out on loan, Liverpool will be hoping that Markovic’s development will stay on track in Turkey with the likelihood of him playing regular first team football in Istanbul much higher than if he had stayed at Anfield for the season.

Set to take part in the Europa League Group Stages, Fenerbahce will face off against Scottish giants Celtic, Dutch powerhouses AFC Ajax and Norwegian side Molde FK when the competition kicks off in earnest mid-September. The Serb will be in somewhat familiar — although likely not all too friendly — company at the Sukru Saracoglu Stadium with former Manchester United pair Robin van Persie and Nani already plying their trade with Fenerbahce.

More on this when everything is confirmed…