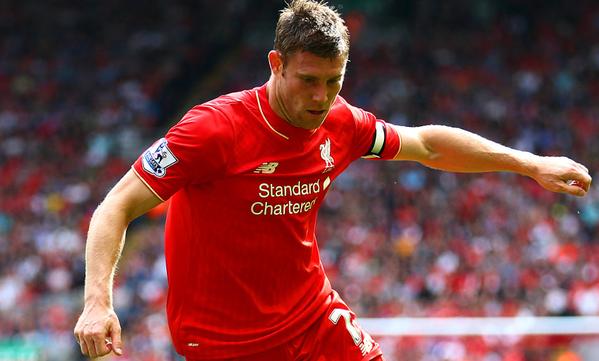 Liverpool’s unbeaten start to the season ended in spectacular fashion yesterday as West Ham United, who earned their first win at Anfield in over 50-years, bagged three unanswered goals to pick up their second scalp of the campaign after downing Arsenal at the Emirates Stadium on opening day.

Despite numerous additions to the squad and a complete shake-up of the Reds back-room staff, the Merseysiders had no answer to a packed Hammers defence as Slaven Bilic’s men showed that they were not only content to hit their hosts on the break, but that they were going to take advantage of the nagging individual errors that have creeped back into Liverpool’s game.

“It’s a disappointing end to these first few games,” said James Milner following the final whistle. “It was tough to break them down – they had a lot of bodies behind the ball. They are organised as well and they have got a lot of speed and ability on the break,” explained the ex-Manchester City man, wearing the captain’s armband for the second match in a row with Jordan Henderson still sidelined. “Once they got the goal, it gave them a boost and something to hang on to.”

A poor clearing header from Martin Skrtel combined with young Joe Gomez’s poor positional awareness saw Manuel Lanzini open the scoring, Dejan Lovren’s botched attempt to play the ball out from his own byline ended with Hammers captain Mark Noble doubling the advantage and following red cards to both Philippe Coutinho and the Irons skipper, Diafra Sakho confirmed the rout with an injury time goal that saw the Senegalese striker elude the attentions of three Reds defenders before slotting past Simon Mignolet.