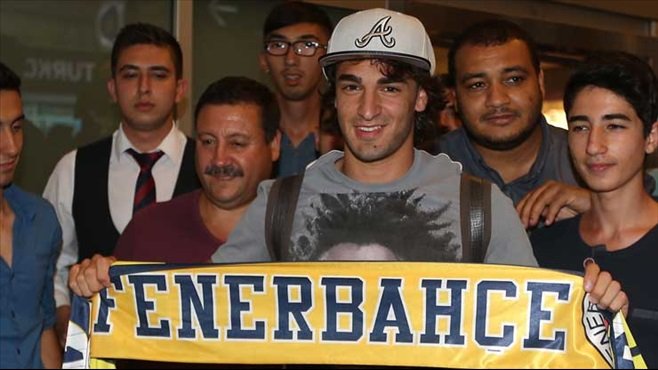 After successfully completing a medical yesterday, Liverpool have confirmed that winger Lazar Markovic will be spending the season on loan with Turkish giants Fenerbahce as they look to accelerate the development of the 21-year old by ensuring he’ll be playing regular first team football this year.

Signed for big money and with even bigger expectations last summer, the Serbian forward failed to hold down a regular place at Anfield during the last campaign, often finding himself on the fringes of the squad. While this will quite often spell the end for a player, it’s believed that boss Brendan Rodgers still believes that Markovic has a future at Anfield and no provision will be placed in the deal that would allow the Super Lig side to make the move permanent at the end of the season.

“Our club has completed the transfer talks with Serbian player Lazar Markovic on a one-year loan from Liverpool,” read a statement on the Yellow Canaries official website. “We would like to welcome Lazar Markovic to Fenerbahce and wish him a great season full of success.”

Drawn against Scottish champions Celtic, Dutch powerhouses AFC Ajax and Norwegian outfit Molde FK in the Group Stages of the Europa League, Fenerbahce have a busy year ahead of them and will benefit greatly from a player with Markovic’s particular skill-set. Ironically enough, during the Reds shambolic loss to West Ham United yesterday, they could have used someone that can provide both pace and width in equal measure as they failed to break down a packed Hammers defence. Too bad he was in Istanbul getting in his vital checked…