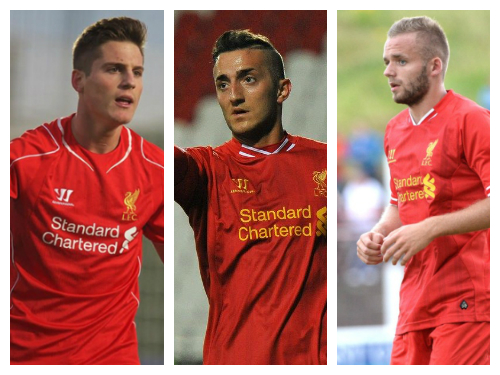 With the transfer window set to close up tight later on today, Liverpool have confirmed that the young trio of Sergi Canos, Samed Yesil and Ryan Mclaughlin have been sent out on loan with an eye to their keeping their development on track.

“It is a key part of our strategy to continue to maintain strong relationships with other clubs and for them to trust us to play a positive role in the ongoing development of their best young players,” said Phil Giles, Brentford FC Co-Director of Football of Canos. “I’m therefore delighted that we’ve managed to persuade Sergi to join us until January and we look forward to working with him in the coming months. I’d like to thank the staff at Liverpool for their help in making this move happen.”

The striker will be with the Bees until January while Yesil, who spend much of the last two seasons injured, will spend the entire year with Swiss side FC Luzern where he’ll play under the guidance for Reds great Markus Babbel. Staying a bit closer to home, defender Mclaughlin has moved to Scottish outfit Aberdeen until the turn of the year where he’s sure to get a crack at regular, first team football.

“I’m really pleased we’ve managed to bring Ryan to the Club. He’s a player who has always impressed us and will give us good options in the months ahead,” said boss Derek McInnes. “Ryan has the quality needed to play with us at Aberdeen and we are looking forward to working closely with him. Ryan’s eagerness to join us over others also gives us great encouragement.”