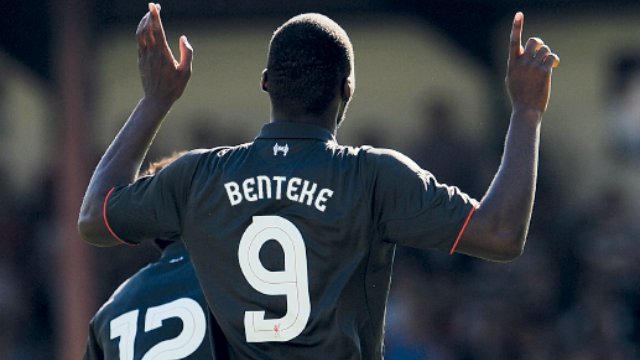 Although nothing is being said officially quite yet, a number of sources are reporting that Liverpool striker Christian Benteke, who is on international duty with Belgium, withdrew from training yesterday to undergo a scan on a thigh injury.

The problem, which is believed to have been picked up prior to the international break with the same sources saying that the 24-year old had complained of soreness prior to Saturday’s loss to West Ham United at Anfield, could very well rule the towering hit-man out of the Belgian’s crunch Euro-2016 qualifiers with Bosnia-Herzegovina on Thursday and Cyprus on Sunday.

Liverpool, of course, aren’t concerned with Belgium’s problems with their own poor output in front of net a major talking point heading into their meeting with bitter rivals Manchester United following the international break. Reports are varying widely as to when Daniel Sturridge, who only just returned to first team training after having hip surgery in May, will return to action with as early as the trip to Old Trafford and as late as mid-November being tossed around as possible targets.

Benteke, who has his own history of injuries, arrived at Anfield in a big money move in July with the intention of not only providing cover and competition for Sturridge, but also to give him a partner with potential, all the while providing boss Brendan Rodgers with a different option up front. While that’s worked in varying degrees over their first four matches of the season, the Reds are still proving to be goal shy and if the big Belgian’s withdrawal from training is based on more than just a precautionary measure, there could be some serious problems ahead.