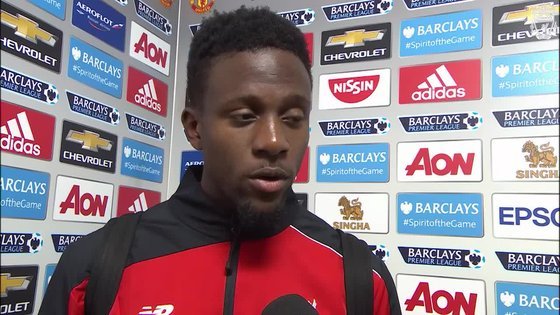 Even a wonder-strike from compatriot Christian Benteke couldn’t mask the disappointment in Liverpool striker Divock Origi’s voice following the final whistle as the Reds forward made his competitive debut for the Anfield outfit in the disappointing loss to bitter rivals Manchester United on Saturday.

“We came here to get a good result and it’s always disappointing to lose, especially against Manchester United. We have to learn from games like this and prepare for the next game,” conceded the former Lille forward, speaking to the club’s official website. “As a team we have to solve the problems, defensively and offensively. But I think the quality is there, so we just have to stick together and speak with the coach,” he continued. “The most important thing is to score. In the second half we had some good chances; we pressed the game. But we were unlucky and it’s unfortunate for us.”

Considering their disjointed shape and rigid tactics, maybe luck didn’t play as big a role as the 20-year old might like to believe, but that’s neither here nor there. With Liverpool set to kick-off their Europa League campaign when they visit Ligue 1 club FC Bordeaux on Thursday, priorities are already shifting around Melwood.

“We’re all professionals so we’ll have to make the switch [in focus],” explained Origi, who is expected to feature heavily in UEFA’s second tier competition. “We’re all motivated to get a good result in Bordeaux,” he continued, putting on onus on getting a result directly on the players themselves. “It will be on us to prepare well in training and be ready for the game.”