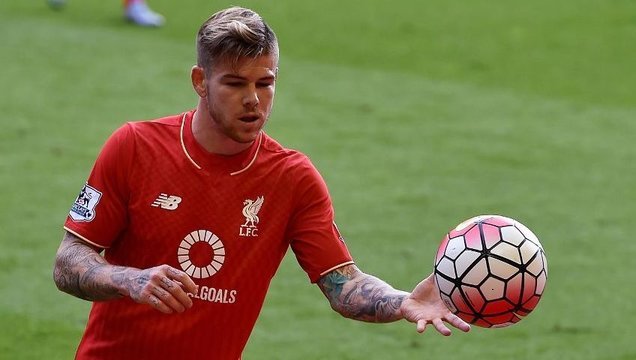 Finally earning his place back in the starting eleven after seeing youngster Joe Gomez take his spot for the opening matches of the campaign, Liverpool fullback Alberto Moreno might be targeting an extended run in the side, but he knows he’s going to have to up his game if he wants to stay in boss Brendan Rodgers plans.

“What you’ve got to do is keep working, get your head down in training and work really hard so you’re ready when you get the chance,” he told the Liverpool ECHO. “The manager thought it was the right time to put me in against Bordeaux and I grabbed my chance,” continued Moreno. “I think I’ve done reasonably well since then; I’ve had three more games and I think I’ve played well, but obviously I’m still a young player and I know I can still continue to improve,” he conceded. “I hope I’m giving the fans something to cheer about with my play and hopefully I’ll continue to impress them with my performances.”

There where whispers near the end of the transfer window that the 23-year old, who had only just arrived the summer before in a protracted move from Spanish side Sevilla, was going to be shuffled out the door with Italian side AS Roma and a return to his homeland with juggernauts Real Madrid supposedly potential destinations for Moreno. Those rumours, of course, proved to be unfounded.

“I couldn’t feel more settled, I’m really happy – not just myself, but my family. We love the club and the city,” enthused the Spaniard as he heads toward an important milestone with the Reds. “When my 50th game happens, I’ll be so pleased” he continued. “To have my name among the illustrious players that have played for this club, to have featured in 50 games in just over a year, I’m really happy.”