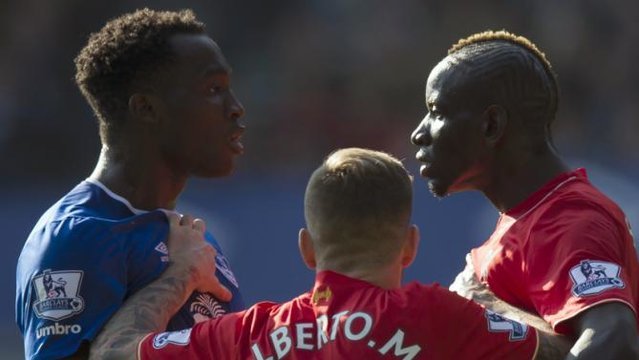 Despite looking second best for long stretches, Liverpool held on for a point that wasn’t wholly deserved as the Anfield outfit prolonged Everton’s misery in the Merseyside Derby by keeping their hosts at an arms length.

In a first half that was just as scrappy and frantic as the second, the Reds grabbed the lead when Danny Ings, making his derby debut, lost the attentions of Ross Barkley to head a a James Milner corner past a static Tim Howard. The lead, unsurprisingly, was short lived; Emre Can, joining Martin Skrtel and Mamadou Sakho in a familiar three-man back-line, made a hash of clearing a cross from Toffee’s winger Gerard Deulofeu and the ball landed perfectly for Romelu Lukaku to lash past compatriot Simon Mignolet.

The Reds decision to part company with boss Brendan Rodgers just an hour after the final whistle and the resulting search for a successor is sure to dominate the headlines in the coming days, the Anfield outfit sit smack in the middle of the table with trips to Tottenham Hotspur and fellow strugglers Chelsea a daunting prospect for whomever is appointed.

Even a result at Goodison Park wouldn’t have kept the Northern Irishman in his job with reports from reliable sources indicating that he would be fired regardless of the result, but with that being said, the visitors hardly looked like changing anyone’s mind. While they came out of the gate all fired up, Everton gradually saw more of the ball with Mignolet — excellent throughout — denying good efforts from both Steven Naismith and James McCarthy to keep the score level.

Stand-in skipper Milner, who saw his own effort stopped by Howard after a cute ball over the top from Philippe Coutinho released the former Manchester City man in the box, finally looked useful from set-pieces with his delivery markedly improved. Derby debutante Ings was the beneficiary of his improved eye, but the 23-year old was the one that did the heavy lifting, first losing the attentions of man-marker Ross Barkley before thumping down a powerful header to give Rodgers boys the lead.

Celebrations, as you know, would be short lived with Can unlucky to mishit his clearance from a seemingly innocuous Deulofeu cross right to a predatory Lukaku with the Belgian well placed to finish from only a few yards out — which is one of the many reasons why we can’t have nice things.

While the first half was evenly split, the second was far less as Everton pushed for the win. Looking the better side throughout the following 45-minutes, the Toffee’s pressure came close to telling on more than one occasion with attacking substitutes Aaron Lennon and Aroune Kone giving a glimpse of Martinez’s desire to finally claim three-points in this all important fixture. Despite the hosts dominance, there was still fire to this fixture with Joe Allen’s introduction coming with Lucas nearly collecting a second yellow card for a cynical foul on McCarthy and a serious round of handbags between Lukaku and a clearly enraged Sakho the main talking points before the final whistle.

Martinez may have a case to feel aggrieved with a point all his side could muster, but he return to work later in the day with the international break ahead of him to work on their inability to kill off the game. Rodgers, obviously, won’t get the same luxury with his fate sealed before the game and regardless of the result. If nothing else, the Northern Irishman leaves Anfield having never lost to Everton with today’s result stretching the Reds unbeaten streak in this fixture to 10-matches on the hop; regardless of your feelings on his departure, that’s something I think we can all smile about.