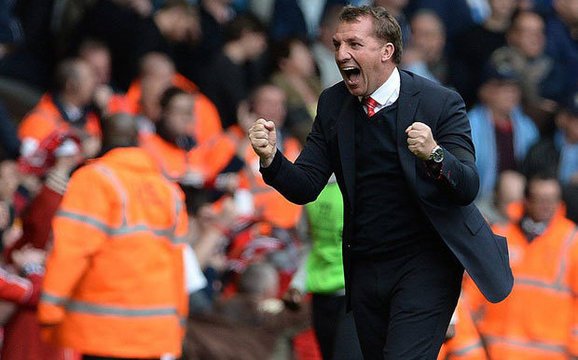 It might be the right decision to make, but I’m not taking any pleasure in it. Maybe the more cynical among this lot are cracking into the good stuff and rifling off the “told you so’s” across their own tattered social sphere, but I’m just having a quiet drink, trying in vain to write a better opening paragraph to another article I don’t particularly want to write.

There’s only one Liverpool manager I’ve ever wanted to see the back of and Brendan Rodgers wasn’t him. You’d be hard pressed to find too many Reds out there that didn’t think it was time to hand the Northern Irishman his walking papers, and after the losing out in embarrassingly futile fashion away to Stoke City last year, I’ll wager that it came as a shock to even more of them that he wasn’t binned in the fallout. Would there have been a better time?

Sitting here, drinking my third beer in as many paragraphs, I’m surprised not to be surprised and happy not to be sadder; who’d be the Liverpool manager? Certainly not me. We’ve seen so many great men walk down that tunnel and touch that famous sign over the years that the crushing expectation on players and managers alike must suck the breath right out of their lungs each and every time they step out on the pitch — or, at least, that’s what I’d like to believe. Then again, I might be a bit of an idealist. A dreamer even.

Or, a blowhard. It could go either way. What day of the week is it? Does that even matter?

Fact is, Rodgers started this season living off of past glories. One can only speculate at this point, but in the darkest of the dark days of the previous campaign, his near miss in 2013/2014 was the only thing that kept him in a job when we watched on in horror as Stoke smacked six goals at the Britannia Stadium. Now’s the time you can chime in and make the argument that it’s not just the Reds boss, but the institution as a whole, that’s been trading off what came before, but keep it to yourself, please; I don’t have the time or the fortitude for that conversation tonight.

There may be different owners at the helm now, but like Rafa Benitez before him, a charge at the title was only worth one more season at the helm — even if his race to the top was overflowing with the kind of football that makes you love the game even more, rather than a brand that turns your hair grey prematurely. Maybe that’s OK and maybe it’s not; I’m, unfortunately, caught in two minds, believing that when Rodgers strikes on a winning formula that he’s unstoppable and, at the same time, that he’s too quickly stuck in a quagmire of his own making, wrestling ever harder to work his way out while inevitably sinking further and further towards the bottom.

The constantly shifting tactics, the baffling team selections, a formation that leaves everyone vulnerable and no matter who you are or where your strength lies, the possibility of being played as a wing-back was, shockingly, an actual, real, concern to be had under him.

To say that Luis Suarez was the sole reason our near miss at the title even came about is as short-sighted as it comes. Conceding that Daniel Sturridge and Steven Gerrard may have played a part without factoring into the equation the role the man is due is just as bad. If you ask Chelsea boss Jose Mourinho he probably wouldn’t tell you, but managers are often only as good as the players at their disposal. That being said, you have to know what to do with them, and as Liverpool raced to 101-goals and finished the season breathing down the neck of eventual champions Manchester City, it was obvious that he was aware of just that.

This isn’t an article I want to write because the end isn’t how I want to remember him.

And that, admittedly, is a bit potty on my part, but I’ll own it just as much now as I will when I wake up tomorrow with a ringing in my ears and a dry, unpleasant taste in my mouth. Maybe I’m drunk enough to admit to myself that Rodgers wasn’t the right man for the job, but that I just wanted him to succeed so bad that his glaring failings were easily glossed over by the promise he showed during his first season and that glorious could have been that followed it.

There’s crushing expectations here and could have, would have, should have is never going to be enough no matter what I might say when I’m thinking more rationally; pragmatism doesn’t befit Liverpool football club — this isn’t Arsenal. We don’t consider finishing in the top four as good as winning a trophy and we’re not about to settle for mediocrity and call it consistency.

Like I said a couple of hundred words ago, we’ve seen too many great men walk down to the tunnel to reduce ourselves to that. In the end, it’s the song and not the singer that matters; Liverpool remains the constant while the manager and the players he’s in charge of is always in flux. Bill Shankly played a lovely number, Bob Paisley chimed in at the right time, Joe Fagan and Kenny Dalglish harmonized beautifully while the likes of Gerard Houllier and Rafa Benitez updated a verse or two for something a bit more modern; Rodgers may have only got to hum a handful of bars, but it was a catchy ditty while it lasted.

It might have brought a tear to the eye, but most of the ones you remember do…

2 thoughts on “Brendan Rodgers: It’s the Song and Not the Singer That Matters”