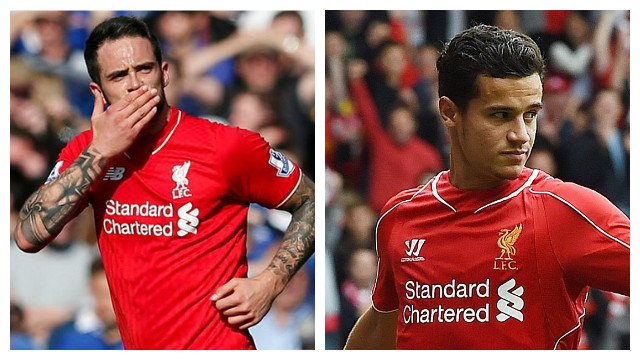 It’s been all Jurgen Klopp all the time since Liverpool manager Brendan Rodgers was handed the sack following the 1-1 draw with Everton on Sunday, but we’ve got some news unrelated to the German managers eventual appointment at Anfield with the ever reliable James Pearce of the Liverpool ECHO confirming that Reds striker Danny Ings has sat out England training with an ankle problem.

Three Lions boss Roy Hodgson handed the 23-year old a surprise call up to the senior squad to faceEstonia on Friday and Lithuania on Monday in their final Euro-2016 qualifiers, but the ex-Burnley man may miss out completely with an ankle problem sending him to the treatment table. According to Pearce, the Liverpool striker will be monitored by the FA before a decision is made on whether he’s fit enough to resume training.

While Ings may still be with the national side, Reds midfielder Philippe Coutinho has withdrawn from the Brazil squad completely after picking up a knock at the weekend. The 23-year old completed the whole 90-minutes as the two rivals shared the spoils and left the field following the final whistle looking unhindered — leaving us to wonder just what the issue is. A statement on the Selecao’s official website confirmed his withdrawal with veteran midfielder Kaka set to take his place.

“I’m sad about Coutinho’s injury cause he’s a wonderful player that I like watching,” said Kaka after joining up with Dunga’s squad. “I wish him the best,” he continued, before talking about his future with the national side. “Right now I’m thinking about these 2 games, then I will think about Argentina and Peru next month. I’ll help Brazil whenever I can.”