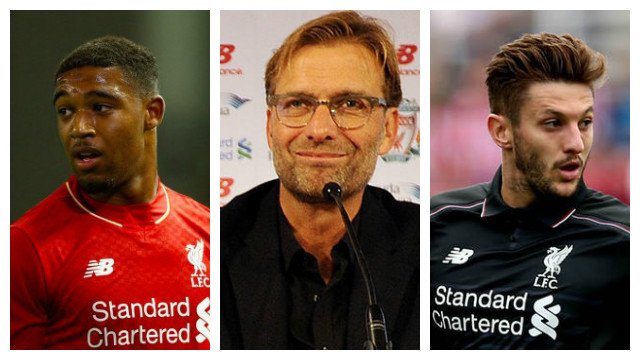 Even though new Liverpool boss Jurgen Klopp’s first match in charge of the Reds is still days away, the internet is all in a tizzy trying to figure out just who he’ll name in the starting eleven when they run out at White Hart Lane on the weekend. Pundits are predicting, the latest expert Liverpool tips are helping the punters gain an edge, bloggers are typing furiously and even the players are beside themselves with nervous anticipation.

“I am excited, very excited, to work with the new manager,” said Liverpool midfielder Adam Lallana when asked about the prospect of working with Klopp. “I saw the press conference and, like everyone at the press conference and the reaction he is getting, it is going to be exciting,” enthused the former Southampton captain, before switching the focus to his injury plagued start to life at Anfield. “Of course it is a big season. Last year was frustrating,” added Lallana. “Even the beginning of this season was frustrating, picking up yet again another injury. I am working really hard to keep fit because I feel if I stay fit, then the club will see the best of me.”

The 27-year old has been inconsistent at best since making the move from the South Coast last summer for an eye-watering £25mil — a fee that has yet to be justified. Playing just over an hour in England’s win over Lithuania yesterday, Lallana excited and frustrated in equal measure; when he’s on point though, the Reds midfielder looks like a real world beater with his mobility and intelligent pressing of the opposition high up the pitch two of the attributes that Klopp values most in his players.

Considering the short amount of time the German has had to work with the squad, it’s unlikely we’ll see too much of a change in it before Liverpool side square off against Spurs on Saturday, but his appointment has stirred things up around Anfield making the Paddy Power £30 new customer bonus a tasty proposition. Now, whether or not Klopp will share Lallana’s “excitement” at working together is anyone’s guess, but the ex-Borussia Dortmund boss is known for improving players that are short on confidence and for developing youngsters into bona fide stars — something to Jordon Ibe, who has struggled to impress as of late, is looking to taking advantage of.

“I can’t wait to get back and start working with him now,” said the 19-year old when asked about his new boss in an interview with the FA. “I can only try to get better with the help he’s hopefully going to provide for me, and there’s a lot of other young players, so working around him should be great and also for the senior players in the squad,” continued the youngster, before assuring everyone that he’s ready to get down to business. “I now need to focus and work under the new manager,” he added, no stranger to his work in the Bundesliga. “He’s got good experience and did some great stuff with Borussia Dortmund.”