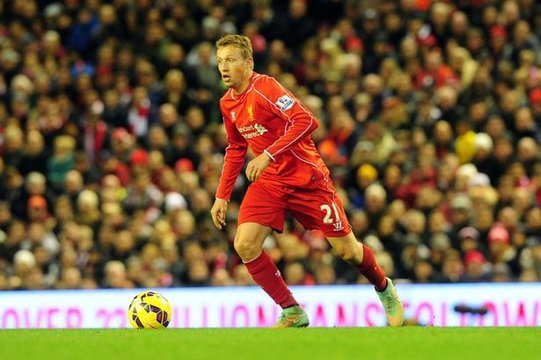 New Liverpool boss Jurgen Klopp may have only been given a few days to train with the squad ahead of Saturday’s meeting with top-four rivals Tottenham Hotspur on Saturday, but the German’s methods are already earning plaudits around the training ground with Reds midfielder Lucas particularly impressed with the new found energy and passion at Melwood.

“So far, so good. Monday was our first day on the grass with the new manager in charge. It has been very positive,” enthused the veteran midfielder. “There is a lot of information and as players we need to listen a lot now, and learn and try to put everything he asks us to do onto the pitch and off the pitch as well,” continued the 28-year old, obviously impressed. “He seems to be very passionate — he likes to put in everything that he has and he asks the players for the same. Be very intense, be aggressive with yourself, is what he has been saying,” he added. “Always try to be better, always give 10 metres more, because that will be the key to success. That is what he has been saying to us in the last couple of days.”

It’s been all Klopp, all the time since the former Borussia Dortmund boss was appointed after the Liverpool board dismissed Brendan Rodgers following the draw with Everton just under a fortnight ago, but even though the feel good factor has been firmly reinstated for the Reds faithful, it’s results on the pitch that ultimately matter. Going in to the weekend, the Anfield outfit are sitting in a dismal 10th place — something Lucas believes the German will be able to help improve upon.

“If you look at our position in the table, it’s not great. But we are not many points behind the top four and even the top. We still have the cups and the Europa League,” explained the Brazilian. “It’s still early days in the season and we have a lot to play for. Hopefully, we’ll start very well under him and at the end of the season it’ll be a successful season for us,” continued Lucas. “He said to us that he’s here because he believes in the team and the club, of course. We just have to make sure that we get all the information and try to adapt as soon as possible because as soon as we start to put together everything that he says, we have a better chance to succeed.”