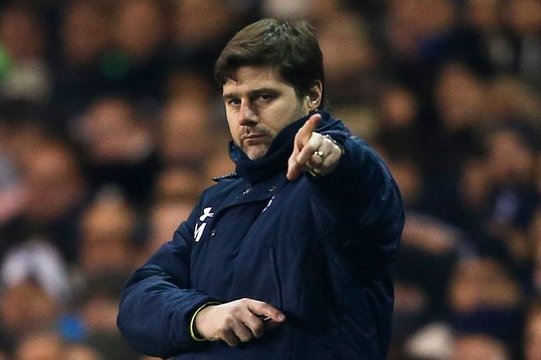 Things sure have changed around Liverpool over the last two weeks; dismissing incumbent boss Brendan Rodgers following a draw with cross-town rivals Everton, the Reds hierarchy moved fast to bring in ex-Borussia Dortmund manager Jurgen Klopp and in turn lift the doom and gloom that’s been hanging over the club.

While it’s hard to expect wholesale changes from the off, the German’s first job in charge will be to get the Reds firing again — a challenge that’s also facing his counterpart in Tottenham Hotspur manager Mauricio Pochettino. Labouring to a 2-2 draw with Swansea City last time out, the Argentine watched on as his side controlled possession, but failed to capitalize on a number of chances, relying on a pair of picture perfect free-kicks from Christian Eriksen to snag a share of the spoils. Despite extending their unbeaten run to seven games, the performance left Pochettino wanting more from his side.

“I’m a little disappointed and it’s a little of the same feeling I had after Monaco, perhaps even worse today because in the first half they had one effort on target and scored twice,” conceded the Tottenham boss. “We created lots of chances, completely dominated the game but that’s football, we need to accept it. We have to be proud of our players because the effort was brilliant and to play like that three days after Monaco was fantastic,” he said, full of praise for his boys. “We scored from two free-kicks, fantastic from Christian Eriksen, but the easier chances, we didn’t score. We’re ambitious and want to win all games and when we have the opportunities, we need to have more of a killer instinct.”

The Reds, of course, can relate. Despite creating 13-chances against Everton, they could only manage one goal — a superbly taken effort from Danny Ings that saw the Englishman bag his second competitive goal for the Anfield outfit. Klopp, known for his dynamic, attacking style while plying his trade in the Bundesliga, is expected to help his new charges rediscover their scoring touch, but Spurs striker Harry Kane says they’re more than prepared for a newly energized Liverpool.

“In the first couple of games after a managerial appointment everybody tries to impress so they will probably have that little five per cent extra than usual,” said the Spurs hit-man. “We expect that. The Liverpool players at England could not wait to get back to start working under him. But we have out-run every team we have played so far this season and that’s a sign we’re playing the manager’s tactics right and are fit enough to do it – and that’s what we have to do again on Saturday,” continued the England man. “Obviously Liverpool, with a new manager, will be up for it. But we know what we have to do. Nobody is really talking about us and the top four, and that’s probably a good thing. We haven’t lost in the league since the first game of the season. We’ve had a few draws where we should have won as well, but we are playing well and doing the right things.”

The “right things” may be keeping the club from the Capital above their visitors in the table, but it hasn’t exactly set the top-flight alight with Tottenham sitting a mere two places and one point above the Reds going into Saturday’s clash at White Hart Lane. Maybe it’s a bit too early to be talking trash, but at least some of their lukewarm results are down to Kane himself with the 22-year old, who was so prolific in front of net last year, struggling to rediscover the Midas touch — something that ‘keeper and club captain Hugo Lloris believes can be rectified with a bit of aggression in the box.

“If we keep playing the same way with the same attitude then we’re going to win a lot of games,” he said in a recent interview with their official website. “If we have to improve on one aspect of our game it’s in front of goal – we have to score more. Again at Swansea we had so much space and so many chances but we need to be more clinical in front of goal,” mused the French ‘keeper. “It’s not only about one player but all the attacking players – they need to get into the box and be more aggressive with a desire to score,” explained Lloris, before adding, “The rest will come, though, if we keep the same attitude and behaviour.”