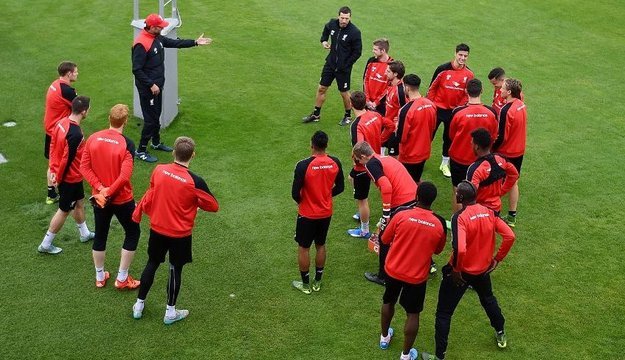 New Liverpool boss Jurgen Klopp has stressed over and over again since arriving at Anfield that he’s here to focus on the football, but ahead of his maiden voyage in the Premier League, the match itself is set to play second fiddle to the mercurial German with the press gripped firmly in the throes of Kloppomania.

Maybe, for now anyway, that’s for the best; following the international break, the Reds new manager has only had a handful of days to work with the entire squad ahead of Saturday’s meeting with Tottenham Hotspur. While that might be enough time to tinker and tweak here and there, it’s hardly enough to arrest a terrible run of form that stretches back to last April. Klopp might bee good, but there’s limits on what one can accomplish.

With one league win in their last six outings, Liverpool aren’t exactly playing like the side that romped to a famous 5-0 victory at White Hart Lane only two seasons ago. To be fair, they’re not even looking close to the one that scored three unanswered goals in North London last August; there’s problems all over the pitch, but you already knew that. Only new promoted Watford, perennial strugglers West Bromwich Albion and the quagmire of misery that is Newcastle United have found the net less times that the Reds this season — rectifying that looks to be a challenge that’s tailor made for the German.

Pledging to restore a defensive base to give his attackers a firm foundation to build off of, the buzz words of the week have included “aggression” and “bravery”, but they’re said without the hollow repetition of meaningless jibber-jabber that typified former boss Brendan Rodgers last months at the club. Klopp is expected to stay the course with Nathaniel Clyne, Martin Skrtel, Mamadou Sakho and Alberto Moreno expected to make up the back-line, but to be fair, if he’s looking to shore things up in front of the net, he’s been handed a decent start to life in England with Spurs having a torrid time in front of goal as of late.

Harry Kane, so prolific through the last campaign, has found the net only once twice in the league this season — one at either end of the pitch. Couple that with injuries to Ryan Mason, who is sidelined with a knee injury, and Son Heung-min, who is expected to spend the rest of the month out with a foot problem, and boss Mauricio Pochettino may once again have to rely on Christian Eriksen to provide the goals with the Dane bagging a pair of spectacular free-kicks in their 2-2 draw with Swansea City just before the latest round of internationals.

Couple that with their other missing men in Eric Dier, Nabil Bentaleb and Alex Pritchard, and Tottenham look like they might have a major problem claiming their first win against Liverpool in their last five attempts. Scoring only four goals to the Reds staggering haul of eighteen, Spurs supporters will be desperate to heap misery on the visitors — a team struggling with their own spate of injuries.

Both big money summer signings in Christian Benteke and Roberto Firmino are yet to return to full training and will sit this one out alongside club captain Jordan Henderson and long-term absentee Jon Flanagan. While none of them were expected to be back in time for the trip to North London, Klopp has been handed a bit of a blow in the final days leading up to the match with young defender Joe Gomez and in-form striker Danny Ings, who bagged a sweet header away to Everton last time out, each suffering season ending ACL injuries.

Daniel Sturridge is the obvious choice to start in attack, but the real question is just how the ex-Borussia Dortmund boss will line his side up. Will he stick with the formation and the high octane style that made him a Bundesliga favourite? Or will he eschew that and play two up top with Divock Origi likely to be drafted into the starting eleven? Philippe Coutinho is sure to find a place in there and Adam Lallana, who has shown that he can press with the best, could return as well, but you can pretty much flip a coin on the others — rest assured, no matter what he does, it will be well reported in the press.

After just under a week in England, the paparazzi already have him pleading for privacy. If it’s not pictures of him in a restaurant or a bar, it’s a rehashing of his very quotable quotes doing the rounds in the media and the focus on everything but the football. The positivity swirling around Liverpool since the arrival of the charismatic German has been a breath of fresh air after the turgid last days of Rodgers, but it’s going to take time for him to stamp his winning mark on a side lacking in both confidence and excitement.

Like I said earlier, maybe it’s better they’re writing stories about hamburgers bearing his name and mouse mats with his face on them; it’s all the more incentive to get the team playing the kind of game that he’s known for so we can all get back to talking about what really matters — the football.