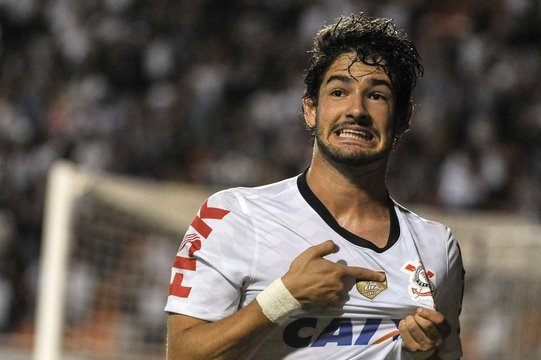 Listen, it’s a little too early to start pandering to the rumour mill with the transfer window not set to open until January, but speculation that Liverpool are in for Corinthians striker Alexandre Pato has cranked up a few notches with the president of the Brazilian club saying that the Reds have agreed a deal in principal to sign the 26-year old.

“Yes [I’m praying to sell him]. We know how difficult it would be if he were to return. I’m quite sure [he will be sold],” Roberto de Andrade said on SporTV before the news that Anfield was his destination broke. “Corinthinas have not been approached by any club asking about the cost of Alexandre Pato. His agent is working with some clubs in Europe, making inquiries so that we can sell. It is being very well received,” he continued, confirming that they’re actively looking for a buyer for the striker, who is currently on loan at Sao Paulo. “He has a market, is a great player, is 26-years-old – he meets all the requirements to play in a big club. I’m certain he will be sold.”

Pato, who made his name playing for AC Milan, returned to Brazil in a £12.18mil deal back in 2013 after being plagued by injuries and poor form. Scoring 26-goals in all competitions in 2015, the 26-year old is back in the spotlight and is reportedly keen on a return to Europe with Manchester United reportedly attemping to bring him in during the summer. Now, whether there’s truth in that or it’s a result of Corinthians not being able to afford to keep him around is another story, but de Andrade has another tale to tell — and this one is about him ending up on Merseyside in January.

“There is an agreement in principle with Liverpool for the transfer in the coming weeks,” he told Italian media outlet TuttoMercatoWeb. “Pato had long expressed a desire to return to Europe,” he explained. “Liverpool await, there are a few missing details, but Klopp will have a new reinforcement and for Pato the Premier League will be a new springboard.”