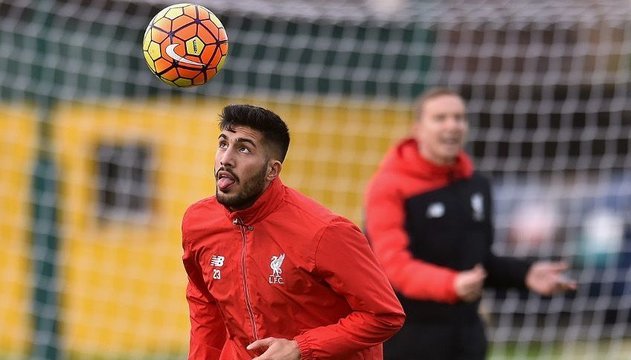 Liverpool may have struggled to impress for large swathes of the match as they secured progress to the knockout rounds of the Europa League with a narrow win over struggling French side Bordeaux, but they did the one thing that mattered — they won.

That, in itself, is something worth noting considering their poor start to the season and relative lack of confidence under former boss Brendan Rodgers. The impact that Jurgen Klopp has had on the Reds can’t be discounted in the least with impressive wins against the likes of Chelsea last month and the 4-1 demolition of Manchester City at the Etihad Stadium in their last Premier League outing solid evidence of their rise under the German boss. Which, of course, is terrible news for Swansea City.

The Welsh club have won just one of their last nine matches in the top flight and go into Sunday’s trip to Merseyside without a win in five meetings between these two sides. The heat is on Swans boss Gary Monk to deliver with the club languishing in the lower echelons of the table, but the expectation is that he’ll get little joy on the road — even if Liverpool haven’t exactly made Anfield a fortress as of late.

Klopp had a bit of a go at the Reds faithful after he saw the famous old stadium start to empty in the closing stages of the 2-1 loss to Crystal Palace just before the international break, but with only a single win in their last five Premier League fixtures at home, he conceded that the onus was on his team to make the fans stick around. On the back of thrashing the Citizens, it’s unlikely that too many fans will be making for the exit door with time left to play on Sunday.

Daniel Sturridge, who should have been fit enough to play a role in the Europa League outing on Thursday, has picked up a fresh injury with the striker sent for a scan on his foot just hours before kick-off, but Liverpool will assess him prior to kick-off. Philippe Coutinho is expected to sit this one out as he nurses a minor hamstring strain, Lucas is suspended after picking up his fifth booking of the season against City and despite my continued insistence that Jordan Henderson is ready to roll, the skipper still isn’t ready to return to action.

Former Reds midfielder Jonjo Shelvey will join Lucas in watching from the stands with the 23-year old also suspended for an accumulation of bookings, but Monk has no fresh injury concerns going into this one. He has lots of other concerns though with talk of his future a hot topic around the Liberty Stadium. It only takes one big result to turn things around, and though he’ll be buoyed by the fact that Palace were able to come to Anfield and get a result, with his sides confidence ebbing low, he’ll do well to arrest the slide on Sunday.

Without a clean sheet in their last seven matches and coming up against a team that scored four against Man City only last weekend, they’re going to have to keep things tight at the back if they’ll have any chance of nicking points. Swans captain Ashley Williams will be keeping a particularly close eye on Christian Benteke after the Belgian scored a thumping effort against Bordeaux on Thursday while at the other end of the pitch Bafetimbi Gomis, who hasn’t found the back of the net since the end of August, will find himself up against a defensive pairing of Martin Skrtel and Dejan Lovren that rarely looked troubled against the attacking riches of the Citizens as they shut them down time and again.

That the Jacks were able to fight back from two goals down to snag a much deserved point against newly promoted AFC Bournemouth shows that this side still has some fight left in it, but trying to do something similar against an in form Liverpool would be a different proposition altogether — and one that I wouldn’t be upset at all if they’re not able to manage it. You know, I’ve got a bit of a bias…