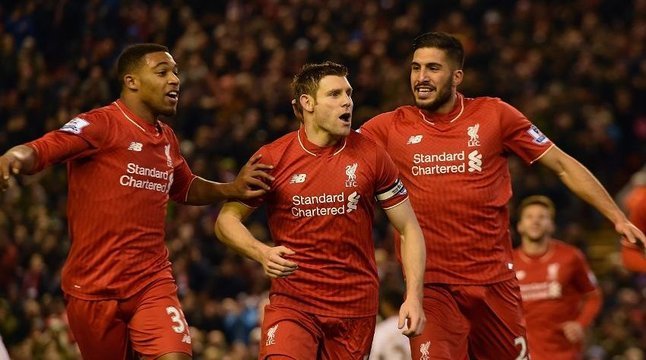 More often than not, when you pick up three-points, no one really cares how you did it less than 24-hours later; all that really matters the next day is that you won. I struggle to find a more accurate way to describe Liverpool’s win over Swansea City yesterday and I’m alright with that.

Not every win can be masterful and despite the Reds dominance at the beginning of either half, this one was far from it. With the visitors penned back for much of the match, Jurgen Klopp’s side had more than enough of the ball in the final third to really make the Welsh outfit suffer, but a lack of real scoring chances meant that this result wasn’t assured until the ref blew the final whistle.

Just why there’s a disconnect in Liverpool’s impressive style when they’re at home remains a question yet to be answered, but it’s one that can wait for another day. Despite pulling off two impressive wins away from home against Chelsea and then Manchester City, the Reds remain unable to get their act well and truly together when they’re playing at Anfield; that being said, it’s their second win on the hop on Merseyside after brushing aside Bordeaux in the Europa League earlier on in the week and that’s a trend that we can all get used to.

Jordon Ibe may almost forced an own goal during the opening stages as they pressed a steady Swans backline into a number of missteps, but it took Liverpool the better part of an hour to register a shot on target. By the time all was said and done, only two of their ten efforts would trouble Lukas Fabianski with James Milner beating the Jacks ‘keeper from 12-yards after Neil Taylor was kinda harshly adjudged to have blocked Ibe’s close range cross with his arm.

That Gary Monk’s side held up in the way that they did against the pressure the Anfield outfit put them under is a feather in the cap of a manager under extreme pressure to turn around their faltering season, yet their inability to test Simon Mignolet with a single shot or truly trouble the Reds back-line for really any period of time will do him no favours whatsoever. Eder, who surprisingly replaced Bafetimbi Gomis in the starting eleven, was often isolated with the midfield, including the likes of Gylfi Sigurdsson and Jefferson Montero, failing to find any time on the ball. As much as it was a performance worth forgetting for Liverpool, it wasn’t one to remember for Swansea City.

As usual, there were a number of positives to pull from the performance, not least of all the return to action of both Jordan Henderson, who replaced Roberto Firmino just past the hour, and Daniel Sturridge, who gave Christian Benteke a break with almost 20-minutes left to play, on top of the list. Neither did anything of real note during their time on the pitch, but that will come with time as they start to regain match fitness and get back in the swing of things.

That we’ve clawed our way up the table and into the top six comes in a close second. Emre Can, filling in as the deepest midfielder with Lucas suspended, added another position to an already diverse range of talents at his disposal with an impressive performance while Alberto Moreno once again showed why he’s a different player under Klopp by keeping things tight at the back and applying the right kind of pressure in the right kind of places higher up the pitch.

Winning ugly is still winning, right? You’re damned right it is and even if this isn’t the kind of performance you want to see going into a League Cup quarter-final, it’s not one worth sweating either. We’ll sort out our problems at home soon enough; until then, it’s kind of nice knowing that Southampton will be hosting us on Wednesday considering we’ve scored seven and conceded two in our last pair of matches on the road.