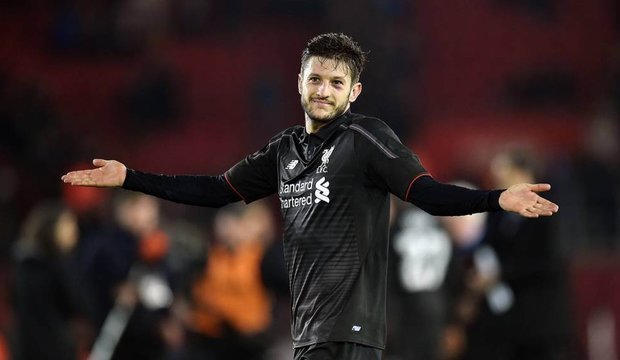 Liverpool’s demolition of Southampton in their League Cup quarter-final at St. Mary’s on Wednesday night came on the back of a real effort from the whole team, but former Saints captain Adam Lallana singled out star striker Daniel Sturridge for some special praise after the 26-year old scored a brace in his first start for the Reds since Jurgen Klopp took over back in October.

“He showed exactly what he’s about and why we want him back and in the team,” the attacking midfielder told the club’s official website, obviously impressed with his compatriots eye for goal. “He’s massive for us, he’s a world class player,” continued Lallana, joining in the chorus of praise for Sturridge. “Within ten minutes he finished two brilliant chances and we’re in the lead after a sloppy start.”

Much to the delight of the travelling Kop, Liverpool never looked back; Divock Origi would go on to score a hat-trick and Jordon Ibe would pitch in with another before the final whistle was blown as the Klopp’s side ran out 6-1 winners on the South Coast to set up a semi-final tie with Stoke City.

“We’re on a great roll at the minute and we just need to continue with this momentum,” said Lallana with the Reds securing seven wins in their last eight outings. “You look at the squad, look at the bench – Firmino, Benteke, Jordan coming back, Milner…” he mused. “We’ve got a great, strong squad at the minute with everyone fit and I think it’s making everyone raise their game.”