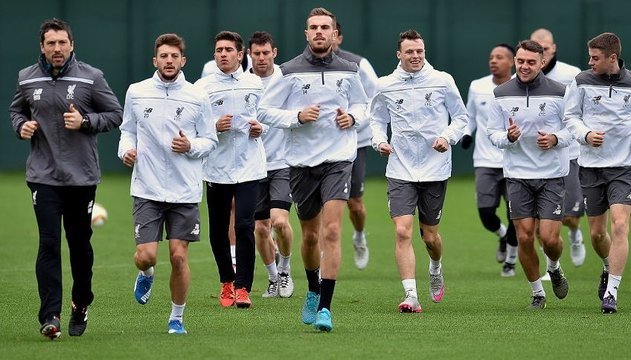 After a stuttering start to their Europa League campaign, Liverpool travel to Switzerland tomorrow with a guaranteed spot in the Round of 32 and needing only a single point to top their group, leaving FC Sion, who the Reds will square up with at the Stade Tourbillon, and Russian side Rubin Kazan, who will face the already eliminated Bordeaux, to battle it out for a spot in the knock-out stages.

After smashing Southampton in the League Cup quarterfinal, Jurgen Klopp’s side were sent crashing back to reality with struggling Newcastle United outworking them to seal a 2-0 victory at St. James Park on Sunday. Talks of Liverpool running on to the Premier League title and all kinds of other nonsense have been quelled for the time being, but the Europa League remains a realistic target for the Anfield outfit and they’ll be keen to not only see a reaction after falling flat against the Magpies, but they’ll want to secure a favourable draw in the next round — something that’s always easier said than done.

With their spot in the draw already done and dusted, Klopp is expected to rest a number of key players tomorrow night with a youthful squad set to travel to Switzerland. Fullbacks Connor Randall, who settled after some early jitters against the Saints, and wide man Brad Smith are both expected to feature in some capacity while Jordan Rossiter, who has yet to make an appearance under the new manager due to injury, could also play a part along with club captain Jordan Henderson as he’s eased back from the foot problem he picked up all the way back at the end of August.

Daniel Sturridge, unsurprisingly, won’t play any part after being ruled out for “several weeks” due to a hamstring strain suffered Newcastle and Jordon Ibe is also expected to miss out through illness. The good news is that Philippe Coutinho, who has been sidelined since being forced off in the 4-1 win over Manchester City, returned to training earlier in the week, but it’s expected that he’ll be kept in bubble wrap until the meeting with West Bromwich Albion this coming Sunday.

With the clubs that dropped out of the Champions League set to join the fray in the next round, as I said earlier, Liverpool will be looking to top the group and get a seeded spot in the draw, though that won’t guarantee that they’ll avoid one of the clubs that parachuted down to the second tier. Sion, on the other hand, will just be looking to make it to the party, though they could upset the Reds plans to go through as group winners if they’re able to put one over on the Merseysiders.

It’s been four outings without a win for Didier Tholot’s side and they too will be looking for a reaction after narrowly losing out to Zurich at the weekend. To complicate matters even further, they’ve scored only a pair of goals in that time — one of them an own goal and the other coming through midfielder Geoffrey Mujangi Bia, coming off of the bench to grab a late equalizer in their draw with Young Boys at the end of November. With top scorer Moussa Konate still sidelined with a fractured hand, the Swiss side will be looking to Ebenezer Assifuah, who scored in the first leg at Anfield, to provide the goals, but it’s been the better part of the month since the 22-year old found the back of the net.

Needing only a point to make sure they finish on top, a draw will suit us just fine, but Sion will be chasing the win and we’ve seen what happens when teams try to play football against us. While we’ve struggled to open up teams that are primarily looking to defend, the hosts won’t be afforded that luxury if they really want to go through to the next round and they’ll have to show some attacking impetus. Considering they’ve had a hard time in front of the net and we’re going through no matter what happens, that works for us either way.