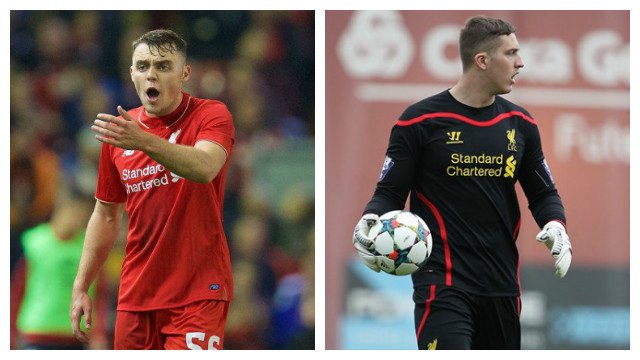 Ahead of tomorrow’s meeting with FC Sion in the Europa League, Liverpool have handed new contracts to a pair of youngsters with fullback Connor Randall, who is expected to feature in Switzerland as part of Jurgen Klopp’s side, and Reds u-21 goalkeeper Ryan Fulton putting pen to paper.

“I’m obviously made up to sign a new deal, giving me the chance to stay here for longer, keep working, looking to improve under the manager,” said Randall, who has been a part of the club since he was six years old. “I’m delighted and very grateful. Since the first day you come in, that’s the goal. You want to get into the first team, be involved and around it,” he continued. “It’s a dream come true to be in the situation I am. To sign a contract today, I’m very pleased and grateful for the chance.”

While Randall is likely to make another first team appearance tomorrow night, Fulton, who is a regular for the reserves, is yet to feature for the first team, but has made the bench twice and was a part of the club’s pre-season tour over the summer.

“I’m absolutely buzzing and it’s great to have a bit more security and stay at a club like this and I will try to kick on from here now,” enthused Fulton after signing his new deal. “I want to keep going and try to progress as much as I can. I’ve got the best chance of that here working with Simon [Mignolet], Adam [Bogdan] and John [Achterberg] and the rest of the players,” explained the ‘keeper. “The standard here is brilliant and it makes me better every day.”