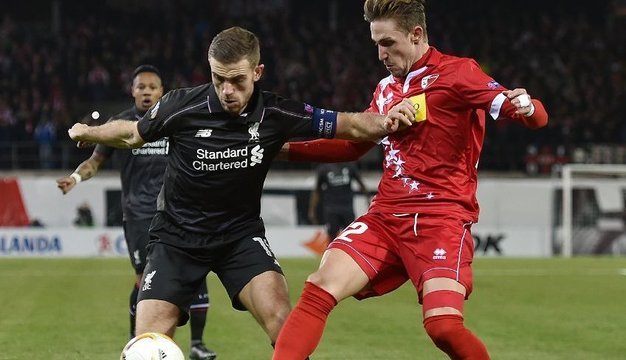 Liverpool will be joined by their hosts FC Sion in the knock-out phases of the Europa League after a dull draw in Switzerland confirmed that the Reds topped Group B without a single defeat. That being said, even though the match finished level, the quality on display was so shocking it kind of feels like everyone lost.

Maybe I’m being a touch melodramatic, but that description isn’t far off target — unlike the 8-shots registered between the teams. Only two of those shots, both of them for Liverpool, found the net, but neither troubled Sion ‘keeper Andris Vanins with the Latvian shot stopper and his Belgian counterpart in Simon Mignolet, who didn’t face a single shot on net throughout the 90-minutes, largely reduced to spectator status.

Drawing their opening three matches, the Anfield outfit got off to a slow start to life in the Europa League which makes progressing to the Round of 32 as group winners quite the accomplishment. Despite the fact that they’re likely to avoid one of the Champions League teams that will be parachuting into the second tier competition when the draw is made on Monday, there will be concerns no matter who their paired with as their performances on the continent have been less than inspiring throughout the campaign.

None, I reckon, were quite worse than what we saw in Switzerland tonight with both teams culpable in what was a truly dire affair. The return of club captain Jordan Henderson to the starting eleven, a starting role for Australian fullback Brad Smith and a cameo appearance for Philippe Coutinho are the obvious positives to couple progression, but Divock Origi made a hash of the only two good scoring opportunities by skewing a volley wide and being too slow on the trot when trying to ’round Va?ins after being played through on goal.

There was a moment in the second half that summed things up nicely — with Sion striker Ebenezer Assifuah failing to inspire, Didier Tholot decided to switch things up and introduce winger Mujangi Bia to the fray only to have one his first contributions to proceedings be a shot from distance that went out for a throw-in. That, in a nutshell, was how bad this was.

And, it’s on that point, that we’ll shut this down. Despite the poor performance, Liverpool have just as good a chance as ever to go on and win this competition. Jurgen Klopp isn’t taking it for granted and nor should we; this club is about winning silverware and that’s it. It might not be the biggest, or the shiniest, but there could be excitement waiting in the next round with the prospect of a return to Borussia Dortmund for the German or a potentially combustible meeting with ex-Manchester United captain Gary Neville’s Valencia side just begging to be put on the schedule.

Who said the Europa League couldn’t be fun?