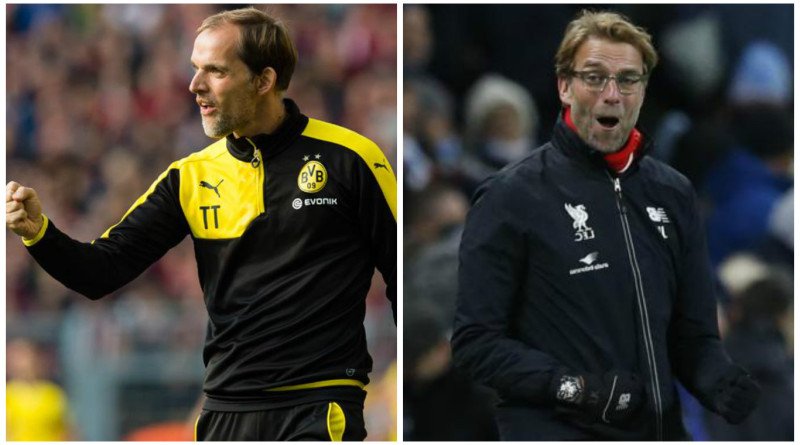 Going through to the knock-out stages of the Europa League as group winners, Liverpool are likely to avoid one of the Champions League teams that will parachute into Europe’s second tier competition when the draw is made on Monday, but that doesn’t mean they’ll be up against some powder-puff side with the likes of German giants Borussia Dortmund potential opposition in the next round — a prospect that Die Schwarzgelben boss Thomas Tuchel would rather avoid.

“I would like the game against Liverpool to come last in this competition,” the Dortmund boss told reporters at his post match press conference before expressing regret that his side couldn’t go through as group leaders. “We are disappointed,” conceded Tuchel after their narrow loss to Greek side PAOK FC relegated them to runners-up status. “We dominated the game and had some great opportunities to score.”

Already assured progression to the next round, the Reds fared only slightly better with a dour draw with FC Sion on a cold night in Switzerland enough to see them through on top. While it was a relatively easy going affair, Liverpool boss Jurgen Klopp wasn’t about to play down the competition in his own post match presser and revealed that he’d be just fine if the draw sent him on a return to the Westfalenstadion.

“No problem,” he told the club’s official website when asked about the prospect of facing his former club. “When I came here everyone spoke about the Europa League as if it is second-class,” he explained, before adding. “But when you see who is in the second round — no,” said the German emphatically before making a joke about the frozen conditions in Switzerland. “Hopefully in February on a pitch not like this it will be OK.”