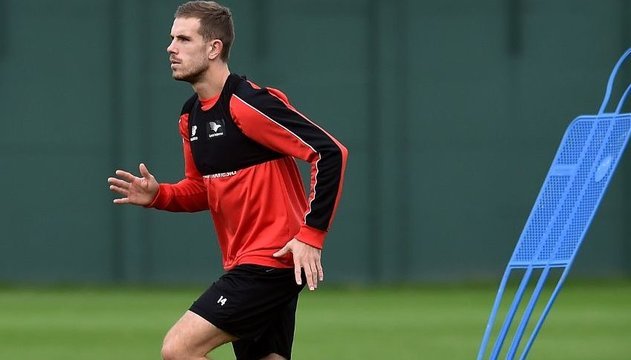 After spending almost three months on the sidelines, Liverpool captain Jordan Henderson made his first start under new boss Jurgen Klopp in the dull draw with FC Sion in the Europa League on Thursday. Earlier in the week, the Reds skipper spoke out about the condition, known as Plantar Fasciitis, that initially sent him to the sidelines at the end of August.

“It’s been incredibly difficult, not just for me but for the staff as well,” explained Henderson. “There isn’t a timescale, there isn’t really a cure. That’s been the most difficult part,” he continued before putting a positive spin on things, “Now I’m at a point where I can function, where I can train and start playing some part in games. Hopefully I can continue like that and it will continue to improve.”

After visiting a specialist in the United States, he looked set to return to the match day squad before a metatarsal injury picked up in training prolonged his spell on the treatment table. While that’s all behind him now, the pain in his heel is something that will persist, though there is a chance that it could improve if the tissue is ruptured — which, of course, could lead to another lay-off. That being said, the 25-year old continues to have cortisone injections to manage the pain and has played off claims that the condition is “incurable”.

“It’s been blown out of proportion a little bit”, he said on BT Sport, clarifying his remarks from earlier in the week ahead of the meeting with West Bromwich Albion on Sunday. “I’ve seen it labelled incurable, which isn’t true,” explained the Reds skipper, playing down reports that this is a problem he’ll have for the rest of his career. “I’ve just got to keep managing it and it’s been fine so far.”