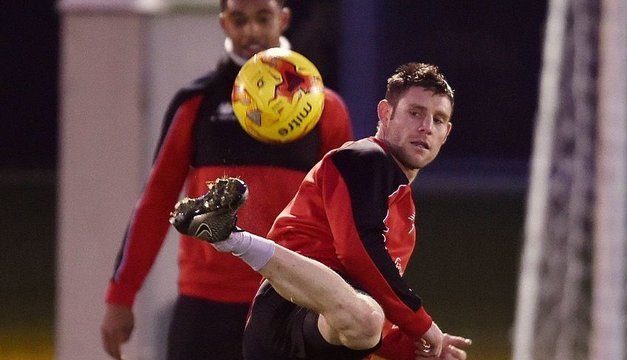 It’s only been a few days since Liverpool secured an advantage in their two-legged League Cup semi-final tie with Stoke City with a narrow win at the Britannia Stadium on Tuesday, but there’s no rest for the Reds as they get their FA Cup campaign underway with a third-round meeting with Exeter City at St. James Park later today.

While the Friday kick-off may afford them an bit more recovery time ahead of next Wednesday’s meeting with Arsenal in the Premier League, it does little to help their chances of sealing a spot in the Fourth Round of the Cup with the Anfield outfit struggling with both fatigue and a string of unfortunate injuries.

That, of course, is exactly what the Grecians want to hear. While David Wheeler will likely be unavailable with an ankle problem, Exeter boss Paul Tisdale should have fellow midfielder David Noble available once again to help fill the gap along with fullback Christian Ribeiro after the pair returned from injury in the 2-1 loss to Dagenham & Redbridge.

“It’s a compromise between how much you risk, but what we don’t want to do is just go into the game to defend,” explained the Grecians manager in the build-up to the match. “We are not just looking to sit back and hold on. I don’t want to do that,” he said, hoping to whisk away the stereotype of the lower league side parking the bus when up against the big boys. “I think we need to have some intent about us. I don’t think we should hold back and wait for the game to happen.”

And given Liverpool’s ongoing injury crisis, there’s no reason they should. Reds manager Jurgen Klopp confirmed that he’ll look to make changes to the side that ran out winners against Stoke earlier in the week and given their situation, he won’t have a choice. Kolo Toure, Philippe Coutinho and Dejan Lovren all went down with hamstring injuries during the match to add to the black cloud currently hanging over Anfield. The earlier rounds of the FA Cup often afford bigger clubs a chance to give fringe players and youth a shot in the first team, but that looks to not only be Klopp’s best option, it’s likely his only.

“In the last few days, we’ve thought about nothing else other than what we can do in our situation,” said the Reds boss in his pre-match press call. “It’s a big chance for the boys. But there’s no pressure because they’re still young. If they do well they can quickly take the next step, but if not they have time,” continued Klopp. “That’s the big – and good – thing when you’re young. That’s what we’ll tell them – we want to work with them and we’ll see what happens.”

Reserve ‘keeper Adam Bogdan could be give the nod ahead of incumbent Simon Mignolet and vice-captain James Milner and fellow midfielder Joe Allen could have parts to play, but it’ll be the youngsters that everyone will be keeping their eyes on. Klopp now has attacking duo Ryan Kent and Sheyi Ojo at his disposal as well as defender Tiago Ilori after the trio were recalled from their respective loan spells and all three could feature at one point or another along with fullbacks Brad Smith and Connor Randall.

It’s never easy to deploy a mishmash of players that are unfamiliar with each other as well as the system and tactics. It’s been ten years since we lifted the FA Cup — too long for a club the size and prestige of Liverpool, but Klopp has a job on his hands if he wants to end that run. Exeter is going to give us a game…