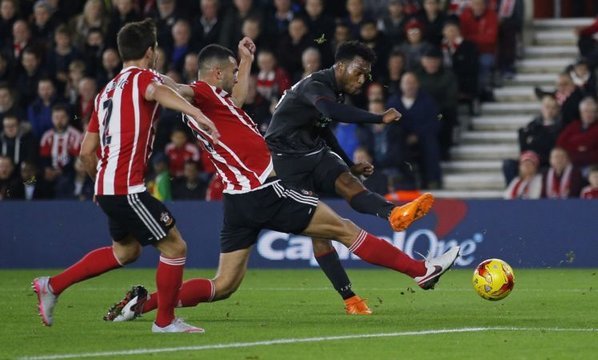 Although Liverpool appear to be close to completing the signing of Shakhtar Donetsk attacker Alex Teixeira from the Ukrainian club, Reds boss Jurgen Klopp was has once again thrown his backing behind perpetually injured striker Daniel Sturridge, rubbishing reports that the Anfield outfit are ready to cut ties with the 26-year old and flog him off to the highest bidder.

“I had 15 months with Ilkay Gundogan where we had to all wait but it was his back and we had no chance to force it. It’s not a back problem with Daniel but it’s the muscle,” said the German manager, quick to remind the press that he’s not one to just cut players free when problems arise. “Out of responsibility, we have to do everything we can to give him the physical strength to be able to play Premier League football. “You can’t be nearly fit, then playing, then injured again, then nearly fit, then playing, then injured again, then during training something like injured again, and then you say after five days ‘come on’ to pick the day you get him and then he gets the next injury,” he said, before adding, “We have to patient. That’s not my best skill to be honest. But in this case I have no other choice.”

Liverpool’s struggles in front of the net this season have been well documented with Danny Ings out for the season, Divock Origi coming through a purple patch only to pick up an injury of his own and Christian Benteke failing to justify his price tag since moving from Aston Villa in the summer. When he has been fit, Sturridge has been head and shoulders above the rest in the Reds pecking order, but those times have been few and far between. While one has to question his long term future at Anfield if he’s unable to overcome his persistent injuries, it doesn’t look like he’ll be heading out the door any time soon with Klopp’s latest show of support coupled with West Ham United boss Slaven Bilic — who is rumoured to have an interest in the striker — denying that that the Hammers have inquired after his services.

“That is only a rumour and there is nothing behind it,” said the Croatian manager when asked about Sturridge and their reported interest in him. “I am not talking about who we want – Daniel Sturridge is a big player and a big name – but that is only paper talk,” he continued, before shooting down a series of hypothetical. “What if? I would take Lionel Messi also, but it is only an ‘if’ so there is nothing in it.”