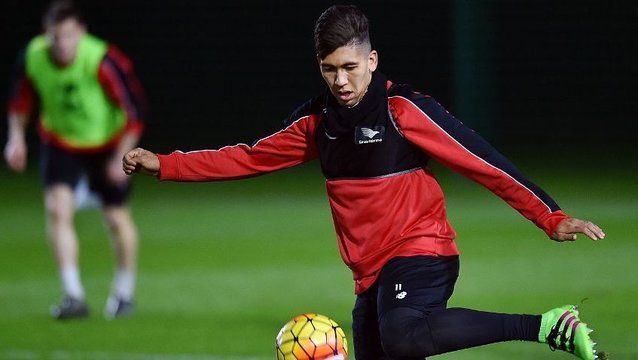 Sitting pretty at the top of the table with the business end of the campaign now well and truly underway, Leicester City remain the surprise package of the Premier League this season. Liverpool, who visit the King Power Stadium tomorrow, have traditionally been in the mixer for the top spots come February, but they’re still struggling to impose themselves on the race to secure Champions League football for next season.

Things, of course, are highly unlikely to get any easier tomorrow. In the reverse fixture the Reds may have kept Claudio Ranieri’s men at bay — becoming the first side to keep the Foxes from scoring this season — but the East Midlands side are unbeaten in their last seven matches on home soil and have given up only goal in their last five league outings.

Considering Liverpool’s problems in front of the net, those numbers are daunting. While Liverpool boss Jurgen Klopp will be given a boost on that front in the coming days with the German confirming in his pre-match press conference that the attacking trio of Daniel Sturridge, Philippe Coutinho, Divock Origi and defensive hard-man Martin Skrtel are set to return to training this week, the good news comes a few days too soon for the trip to the league leaders.

“We all know about the quality, especially our next opponents Leicester and their clear idea of their game, their clear style. It’s difficult to play against, as most of the teams in the Premier League have felt when they’ve met them,” said the Reds boss, speaking to the press ahead of tomorrow’s trip to the King Power Stadium. “Top four should always be a target, and so it is a target, but at the end I can’t say I think we’ll get there or I think we won’t get there – only our performances will have influence on this situation. That’s what we should be concentrated on.”

After calling on the kids in the FA Cup at the weekend, Klopp is set to recall club captain Jordan Henderson, Emre Can, defensive duo Mamadou Sakho and Alberto Moreno as well as Roberto Firmino, who is expected to start up front in place of Christian Benteke, to the starting eleven as he goes looking for three-points in the East Midlands.

Despite being known of the “tinker-man” for much of his career, Ranieri isn’t expected to make too many changes when Liverpool come to town. The Italian manager will have Shinji Okazaki at his disposal after he recovered from a knock picked up against Stoke City and the deadly partnership of Jamie Vardy and Riyad Mahrez will be hoping to put in a better showing than in the reverse fixture when the Reds kept them quiet at Anfield, but new signing Daniel Amartey, who has only just arrived from FC Copenhagen, will have to wait to make his debut for the Foxes.

With our chances of forcing our way into the top four diminishing by the day, getting a result away to Leicester will be absolutely crucial to our push in the second half of the season — which still sounds a bit ridiculous to me considering the Foxes looked a bang on certain for relegation at this point last year. Should the hosts claim the points, it’ll be another significant step on their march to the Premier League title. Now, when you think about how long it’s been since we finished top of the pack and the turnaround we’ve seen under Ranieri, it really is a funny old game.

I wish I was in on the joke…